Early one morning in 1948, a phone call woke up the police chief in the small town of Clearwater, Florida.

The caller said he’d seen something strange at the beach. Residents woke up that morning to find an odd set of footprints in the sand, and a rumor began circulating that Clearwater Beach had a sea monster.

It turned out to be a local prankster who wore 30-pound, three-toed iron shoes and stomped around the beach at night.

Soon the mysterious tracks appeared on other beaches, from Honeymoon Island to St. Pete Beach. The local papers ran photos of patrolmen squatting over a big footprint, looking baffled.

The footprints lead people to believe there was a giant, 15-foot penguin roaming their lands. 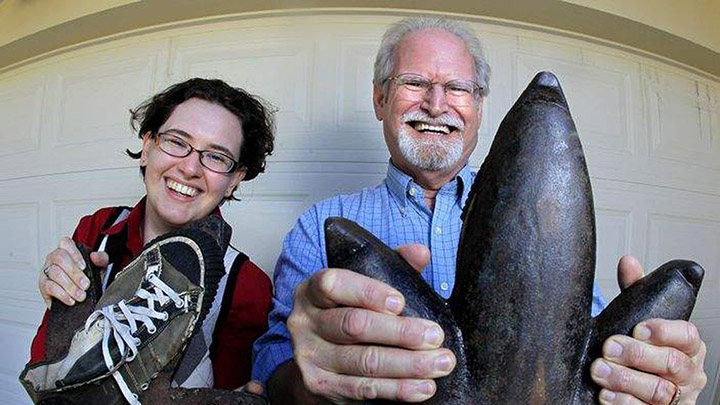 The tracks of the giant penguin continued for 10 years. 1958 marked the last anyone saw them.

It wasn't until April 11, 1988, that a St. Petersburg Times reporter revealed that the giant penguin was actually Tony Signorini, a locally known prankster.

Signorini kept the prank a secret for 40 years. 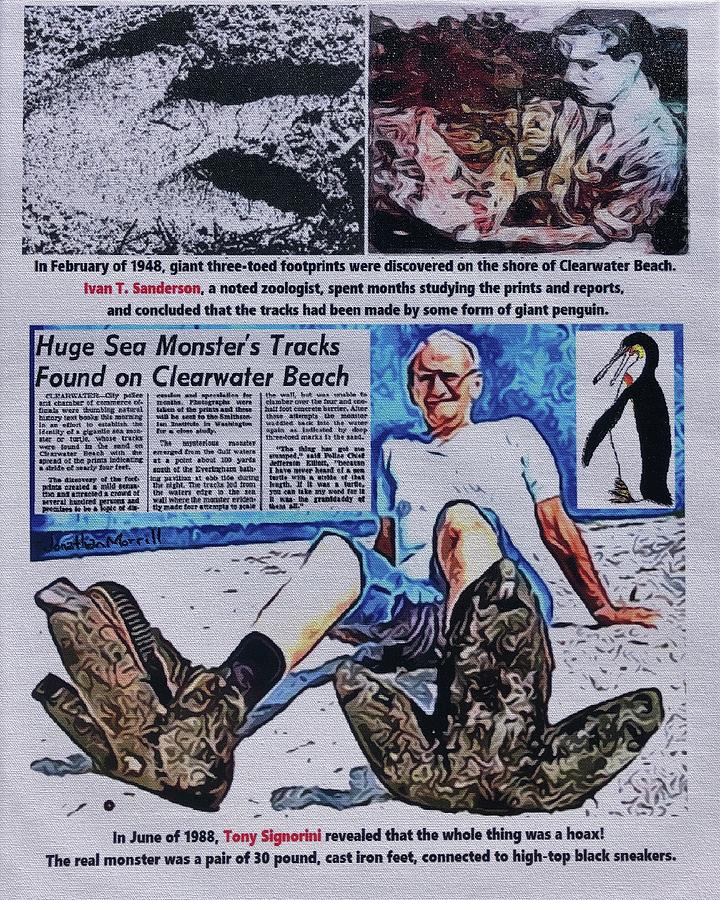 Signorini stated he had been inspired by a photograph of fossilized dinosaur tracks, and showed the reporter the huge penguin feet made of iron used in creating the tracks.

"To create the illusion of a long stride, Signorini would stand on one leg, swing the other one back and forth to build momentum, then take a leap," the Tampa Bay Times reported.

When Signorini died at age 91 in 2013, his family made sure to mention in his obituary that, along with being a World War II flight engineer and a pillar of the St. Cecilia Catholic Church, "Tony was famous for being 'The Clearwater Monster,' a hoax that made national news."