A male calf born on a small cattle farm in France was destined to be slaughtered, until he formed a special bond with a local horse trainer. 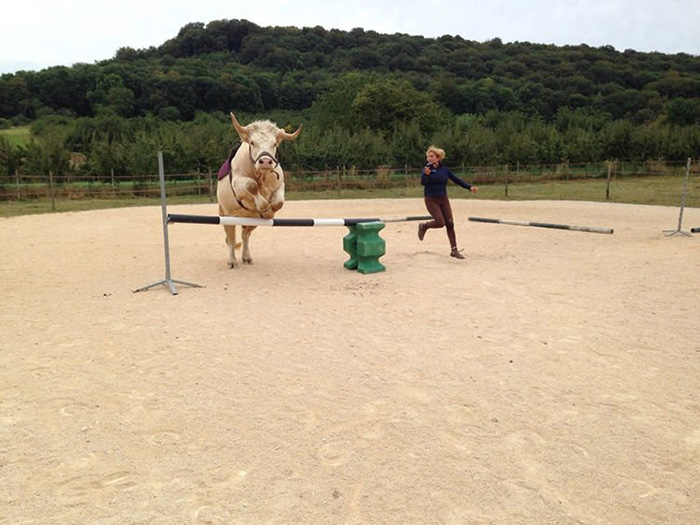 Sabine Rouas, 45, met Aston the bull seven years ago when she started helping out at a nearby cow farm.

She formed a close bond with the newborn calf - then called M309 - and convinced the farmer to let her buy him and save him from slaughter.

Sabine raised him alongside her pony, Sammy, and noticed the baby cow was picking up the tricks she was teaching her new horse.

"I was teaching Sammy some basic tricks, and Aston was taking notice," Sabine told SWNS. "I tried to teach tricks to Aston. I wasn’t riding him then, but tricks like following my voice, and walking him. That's when I had the idea of trying to ride him when he was bigger."

Getting a 2,800-pound bull used to being ridden was a bit complicated, but Aston was quite receptive and Sabine was very patient with him.

It took about a year for Aston to really become comfortable with Sabine on his back, but he has since picked up some showjumping tricks as well!

"He's very proud when he feels that he's made me happy," Sabine said. 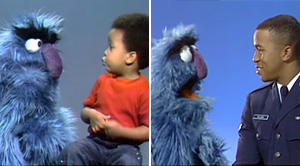