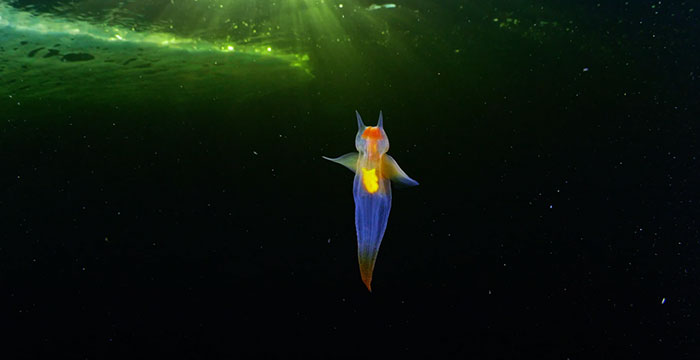 "My personal goal is to study underwater life through camera lenses and to boost people's interest in marine biology," he said. "I do this by sharing all my findings through social media and in real life, through public lectures, movies, exhibitions, and various media events."

One of his favorite sea creatures is the Sea Angel. 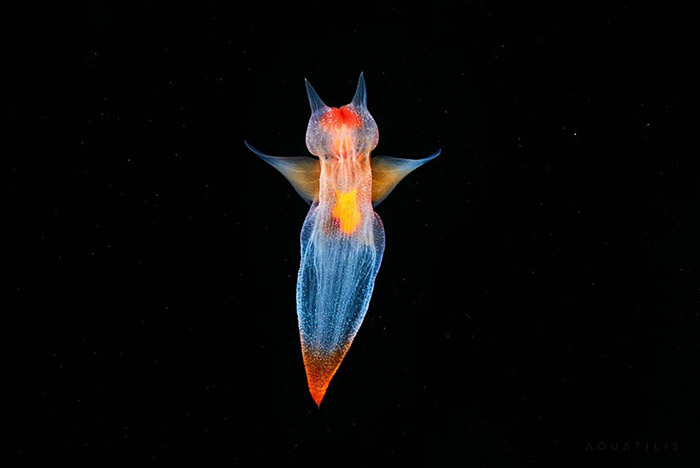 "Sea angels are beautiful and mysterious creatures," says Semenov. "These cold-water pteropod mollusks are among the most studied objects in neurobiology, but at the same time little is known about their life cycle. At some point they suddenly appear under an ice cap covering the sea, and in a few weeks there are so many that in one cubic meter of water column there can be up to 500 sea angels! With their size of 3-5 cm it is quite a spectacular sight." 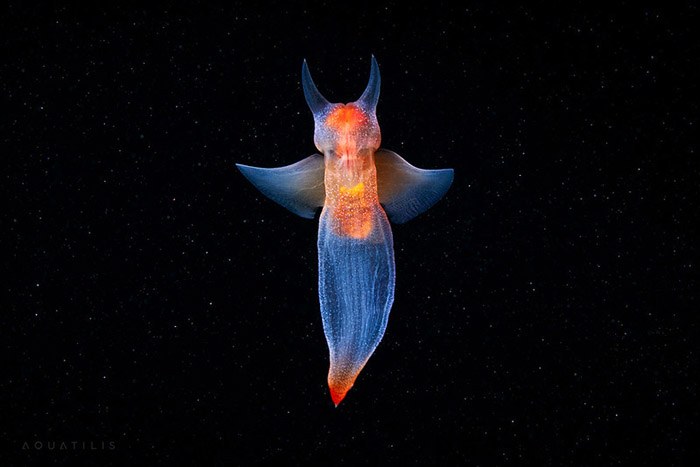 But once the water gets too warm, they disappear.

"No one knows where they go, but the next winter, in February, they appear again under the ice," Semenov said. "It is only known that they can survive without food for more than six months, significantly reducing their size during starvation. So far, no one has figured out how to track the life of a tiny angel in the Arctic seas all year round to find out where they are going."