Teen Writes Beautiful Poem About The Bright Side Of COVID-19

Lotus Kay is an 18-year-old writer who has been published in a variety of media outlets.

Kay felt inspired to write this poem about the current state of the world during this pandemic.

"Though it can seem really sad and scary, there is good to come from this," she said. "I wrote this poem 'And So The Sun' to offer a different perspective on this moment in our world. It can seem dark, but there is light in all this." 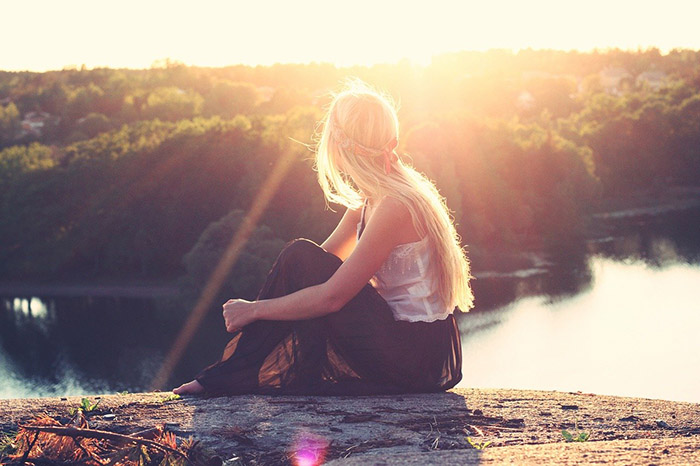 And So The Sun
It's been honking all morning
The highway is filled with cars
Of people trying to make it someplace different than where they are
Trying not to be late
But the traffic's making them wait.

The cars pass by a school
They pass by some stores and shops
They pass by some restaurants and salons
All working non-stop
The day had only begun
And there's so much to be done
Today's a morning
Just like any other morning
Of human civilization under the sun.

And so the sun
When looking down
Thought "What would happen
If things changed around?
The world is just like a sun
That will not set
When will the world
Ever rest?

What if these cars had no place to be?
What if these stores and shops closed
And people were to forced to focus only on the things they really need?
What if people were forced to spend time with themselves?
Forced to reflect and focus on their health?

And I'm not talking about just one town
What if the whole world changed around?
Everyone together
All connected
All going through the same thing
All equally affected.

What if instead of putting them to waste
People appreciated the resources they had?
Not constantly taking for granted
What's in their grocery bag?
What if all this pollution started declining?
With the highways mostly empty
And fewer planes flying?

What if families were forced to bond
Whether or not they got along?
And the glitter and glamour of a celebrity life
What if you took away all the hype?
And forced everyone to live the same way
Forced to see they're all alike.

And what if parents watched their kids learn and grow?
Not sending them away each day
But keeping them at home?
What if people were forced to connect
In a place where countries don't have boundaries
Called ‘the internet.'

What if there was a deeper feeling of unity?
With more people being aware of their communities?
What if people had to redefine
The things that they find fun
Without being able to go to parties and clubs?
What if an extroverted society
Had to find a way to do things more quietly?

Just for a while
What if there was a collective pause?
So the upcoming mornings
Wouldn't move so fast
And people could reevaluate
The way they were living in the past?"

And so the sun
When looking down
Thought "What would happen
If things changed around?

Wonder how this would shake things up?"
I guess we'll find out in a couple of months.

Lotus Kay has been published in magazines such as Vegan Health & Fitness Magazine, New Leaves, Light of Consciousness, and Voya: Voice of Youth Advocates. She is a recipient of a grant from Jane Goodall's Roots and Shoots program for her work creating an educational campaign called Bears for Cares to educate youth about endangered species and wildlife. She is the author of the children's books More Beautiful Than Heaven and Billie the Octopus, both in collaboration with Bears for Cares to educate kids on the importance and beauty of nature, and motivate them to help protect the Earth. She is eighteen years old.