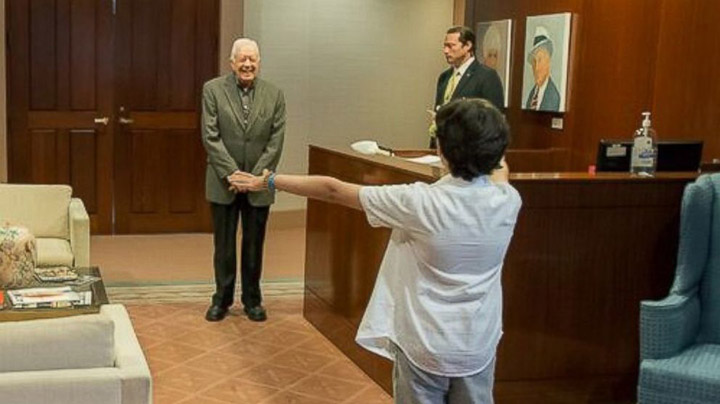 Carter was diagnosed with Burkitt's lymphoma in May 2015. He underwent five months of grueling chemotherapy and surgeries before being told by doctors he had beaten the cancer.

While Carter was in the hospital, he was visited by officials from the Make-A-Wish Foundation.

"He said, 'Mom, I figured it out. I want to meet President Jimmy Carter,'" Carter's mom Jane recalled. "When I asked why, he said, 'We have three things in common. We have the same name. We both have survived cancer and we both love helping people'."

Carter extended his arms as soon as he saw the president, who gave him a "warm" hug, called him a "handsome little man" and asked him how he was feeling. 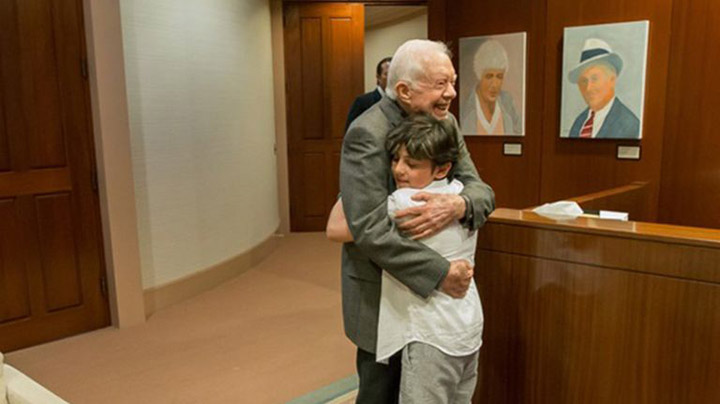 The two spent around 30 minutes discussing their personal journeys with cancer but also about the former president's experiences both in the White House and his extensive service work after, ABC News reported.

"It was more me asking him and he had stories behind each question, which was really cool to hear because it's not like you get to hear something like that every day," Carter said. "He fought segregation and wanted to make peace so he never fired a gun while he was in office and also he wanted to help civil rights."

Carter said the president even delayed an "important meeting" to keep talking.

"I was looking at the door when I was talking to him and they came in and said it's time and he said, 'Give me five more minutes'," he recalled.

In a statement released by the Make-A-Wish Foundation, the former president called the visit "wonderful."

"He is a fine young man, and we share much more than a name in common, especially our success in overcoming cancer," Jimmy Carter said in the statement. "I know Carter will grow up to do great things."