A family in Realengo, Brazil, found their long lost pet tortoise after they decided to finally clean out the house. 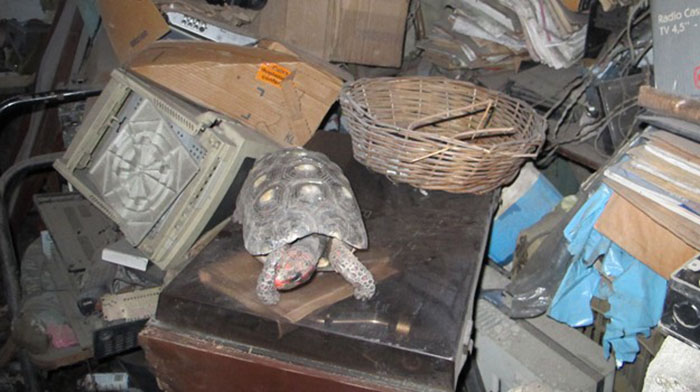 Back in 1982, the Almeida Family was saddened to learn that their red-footed tortoise, Manuela, had gone missing.

Their house was being renovated at the time, so the family assumed that the tortoise had slipped out through a door left open by the construction crew -- disappearing into the forest near their home.

But they couldn't have been more wrong.

The true fate of their lost pet remained a mystery for the next 30 years, until the father passed away and the Almeida children returned to help clean out his cluttered storage room.

It turns out, the father was somewhat of a hoarder, so the room was jam-packed with things.

While cleaning out the house, a neighbor asked son Leandro if he was intending to get rid of the tortoise, too.

"I put the trash bag on the floor and the neighbor just warned me 'are you going to throw the turtle away too?' At that moment, I went white and didn't believe it," Leandro told Globo TV.

That's when the Almeidas learned that Manuela had managed to survive for three decades on her own.

The family suspects she survived on termites which, thanks to all that unwanted furniture, were likely in abundance.

Now Manuela walks around the house and entertains the generations she already knew, along with new ones of the Almeida family.