'Her Doctor Did Not Expect Her To Survive Until She Was One': Woman's 50th Birthday Filled With Acts Of Kindness

A woman in South Carolina has just celebrated her 50th birthday, after doctors said she wouldn't make it past the age of one. 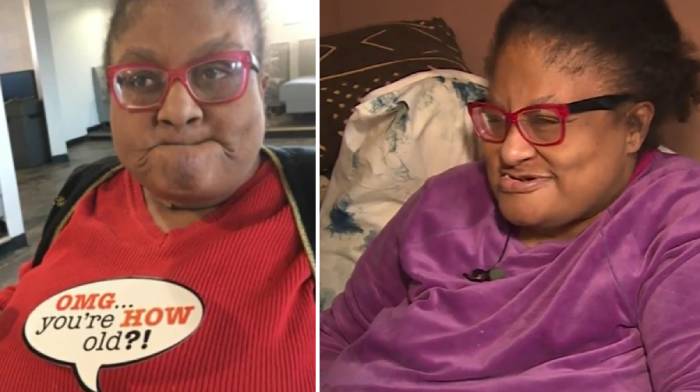 Rema Kabore has cerebral palsy and was a very, very frail baby.

"Her doctor did not expect her to survive until she was one," Rema's mother Patricia told WYFF4.

Rema wasn't able to walk until the age of 13 and numerous surgeries. She added that great care, support, and acts of kindness from others as the reasons Rema is doing so well today.

On Rema's recent birthday, a family friend planned a surprise party at a restaurant in Greenville.

Once Rema arrived, a car full of people jumped out to show their support and have lunch with the family.

"I was shocked," Rema said. "They were all there for me."

Restaurant staff ensured her 50th birthday was one to remember.

"One of the young men who worked there went in the back and got his saxophone," Patricia said. "He serenaded Rema. The owner who came over who had a beautiful voice sang happy birthday to her."

Patricia said as the party was wrapping up, another act of kindness happened before the group could leave the restaurant.

A woman from a different group decided to put the cherry on top of the cake.

"They paid for the birthday lunch for all eight of us and I was like what?" Patricia said. "I was almost in tears. With everything going on now, you just never know how much of an impact you can have on someone by doing something nice. An act of kindness means now today, more than it would've meant five years ago or 10 years ago."

Patricia has attempted to locate the woman by posting her good deed on Facebook.

"I said to the woman whose name I don't even know, if you read this reach out to me because I would like to tell you what a difference you made in the life of a young woman who celebrated a life that she was not necessarily supposed to live to see," Patricia said.