A small town in England cancelled their New Year's Eve fireworks so that Thor, the Arctic Walrus, could continue to sleep in the harbor. 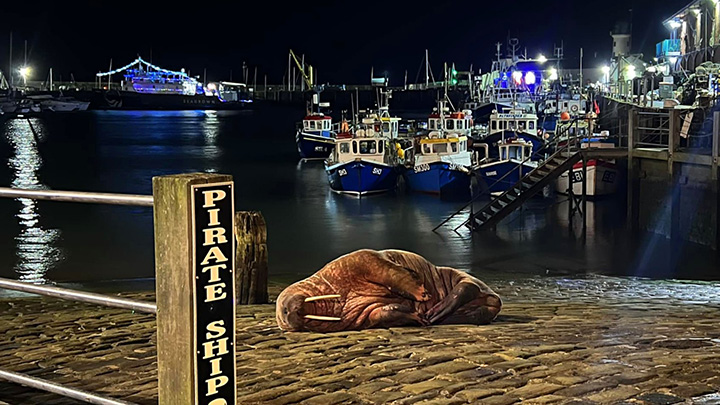 The walrus has drawn huge crowds to Scarborough since being spotted on New Year's Eve, the BBC reported.

Local wildlife experts have asked people not to disturb the creature who has been gradually making his way up the east coast and coming ashore at various beaches. Thor was spotted on the Hampshire coastline earlier this month.

Scarborough's New Year's Eve fireworks display was cancelled out of concern for Thor. The council cancelled the show on the advice of the British Divers Marine Life Rescue who said it could cause "distress" to the mammal.

Chris Cook, from the British Divers Marine Life Rescue said that the creature needs to rest and recuperate before he continues his journey.

"I was going down to my boat and there it was on the slipway. Magnificent. It's got to be half a ton," said Stuart Ford, who runs the Sealife Safari boat tour in Scarborough.

"I think it's a once-in-a-lifetime, first-time-ever thing in Scarborough to see."