Moose the dog was on the run for 6 days, eventually falling through ice on a local creek.

Thanks to a community effort, Moose is now safe at home. 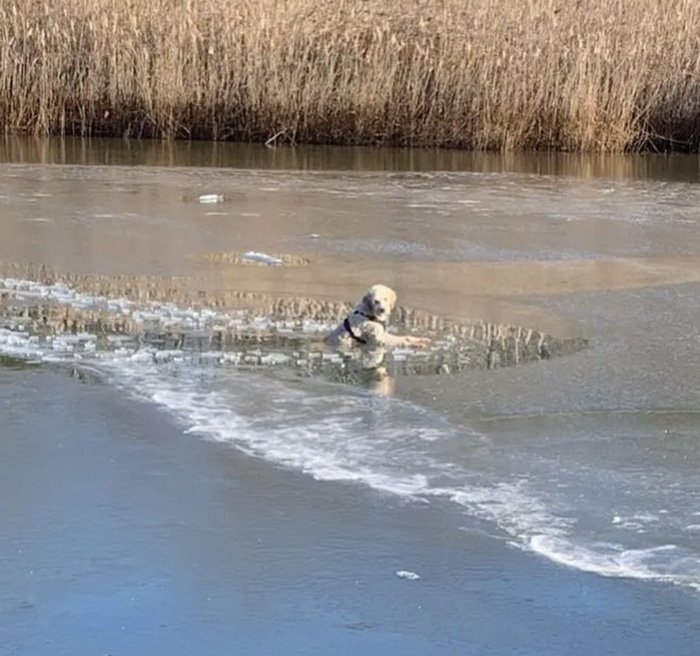 It all started when owners Kellie and Louis Nicolao dropped Moose off at dog sitter Nicolina Converso's house in Edgewater, Maryland, as they headed off to California.

Everything was going great until the morning of Dec. 23.

"I opened the door to pick up a tree on my patio and he just went on out," Converso told ABC News. "We couldn't catch him, we just couldn't."

Moose was on the loose as the record cold weather arrived. 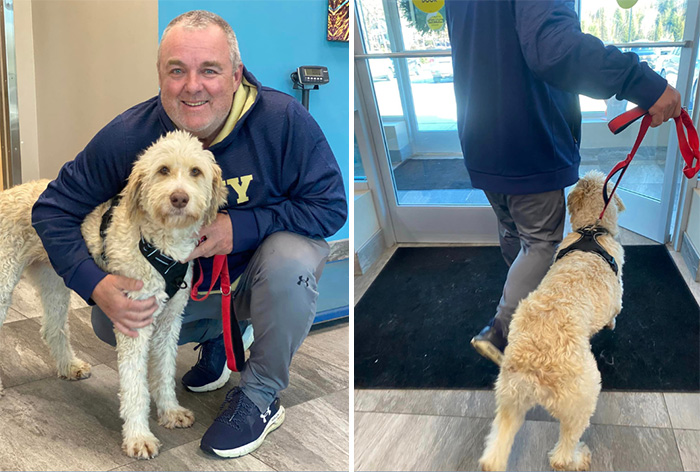 In a full panic, Converso turned to a local Facebook group. It quickly became a community effort with Moose getting his own Facebook group called "Operation Fur Fugitive." The Moose sightings poured in.

"I was getting phone calls and text messages and emails and Facebook messages it was nonstop," Converso said.

Six days later, a woman reported a dog wandering out onto a frozen creek. She heard him whining and crying. That's when Moose's owners raced to the scene.

"And I can't express to you the joy and the immediate fear that took over. 'Oh my God what am I going to do?'" Louis Nicolao recalled. 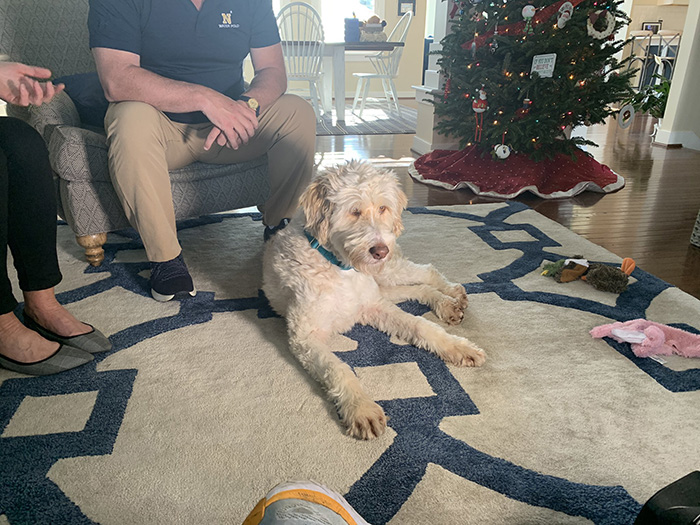 The good news: Nicolao is the U.S. Naval Academy water polo coach and a powerful swimmer. So he jumped in, crashed through the ice and swam his dog to safety, sharing post-rescue pictures on that Facebook page.

Everyone is now back home in Annapolis telling the story of "Operation Fur Fugitive."

"I went from this point of complete despair to here, I got a chance to save his life," Nicolao said. "It was overwhelming, it was awesome and to all the people, the community, we teach this all the time in sports and the academy: it's community over individual, team over individual and everybody came together for this one little dog. I'll be forever grateful."