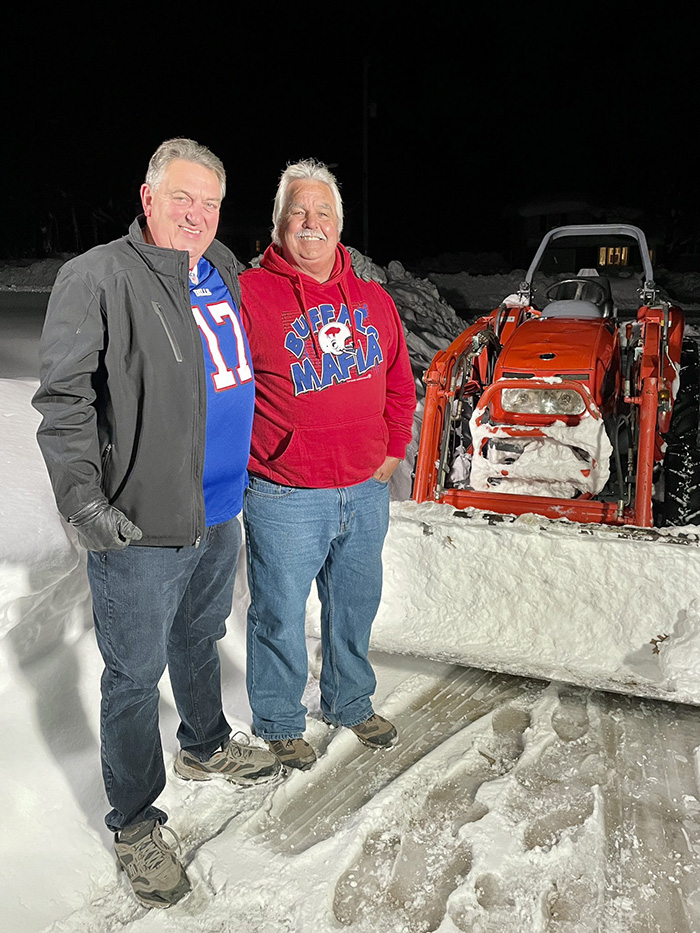 Norm Marshall said he woke up around 5 a.m. Saturday and hopped on his tractor to dig out from heavy snow.

"I stopped the plow guy, and I said, 'Hey! You can't push the snow there. That's Josh Allen's'," Marshall recalled. "It was piled tight because they pushed all the snow against his driveway."

The snow moved the Bills' home game against the Cleveland Browns to Detroit and almost left Allen and several of his teammates stranded trying to get to a shuttle at One Bills Drive headed to the airport and off to the Motor City.

So, Marshall recruited neighbors Marc Braun and "Squirrel" Winter to help dig out Allen so he could get to work. 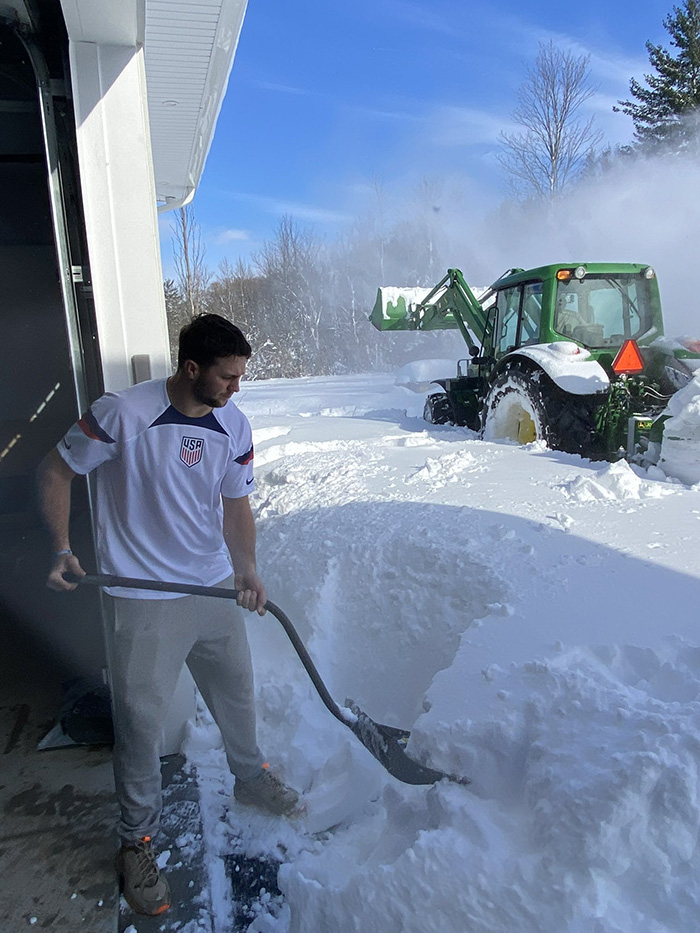 "We finished my driveway and we did two other neighbor's driveways," Braun said. "I noticed there was a lot of commotion going on up at Josh's driveway."

Braun and Marshall were shoveling Allen's driveway for about an hour when Squirrel arrived with his plow.

"They had ATVs, snowmobiles, pickup trucks, and they were trying to get back to Josh," Braun said. It took the men three hours to get his driveway cleared, but they said it was the least they could do.

"Squirrel and Marc Braun, they came with a big ole tractor and dug me out. I had a lane about this big," Allen said holding out his hands after the Bills' 31-23 win over the Browns on Sunday. "The radars in my car were beeping the entire way down my driveway because it felt like I was about to hit something."

The men said they helped not because it was Josh Allen, but because he was a neighbor in need.

"Josh is a very humble man and what he's done for this community is second to none," Marshall told WIVB. "Josh and the Bills have brought a lot of life back to Buffalo."