A call about an indecent exposure in Atlanta turned into an act of kindness, thanks to a big-hearted police officer. 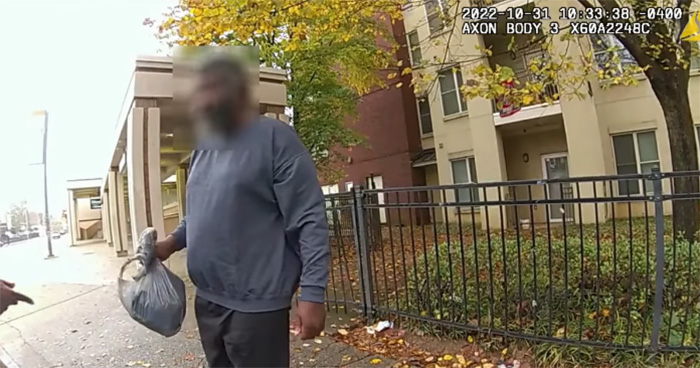 On October 31st, Officer Nguyen and his trainee, Officer Y. Prophete, were dispatched to a public indecency call in Atlanta. Upon arrival, the officers observed a male wearing ill-fitted clothing that exposed his body parts.

Recognizing that the issue could be better addressed with empathy rather than police action, Officer Nguyen made an in-the-moment decision to purchase clothes and shoes for the man.

"It's not for me. I found a gentleman out there who needs some clothes, so I'm doing the best I can," Nguyen is heard telling the Walmart cashier on bodycam footage.

"Newly sworn, Ofc. Prophete, had a different kind of training day, witnessing what it means to be an APD officer in real time," a spokesperson for the Atlanta Police Department wrote on Facebook. "We could not be prouder of Ofc. Nguyen."