Scientists in Switzerland have reached a new efficiency record for dye-sensitized solar cells, paving the way for electricity-generating windows that could help power our homes. 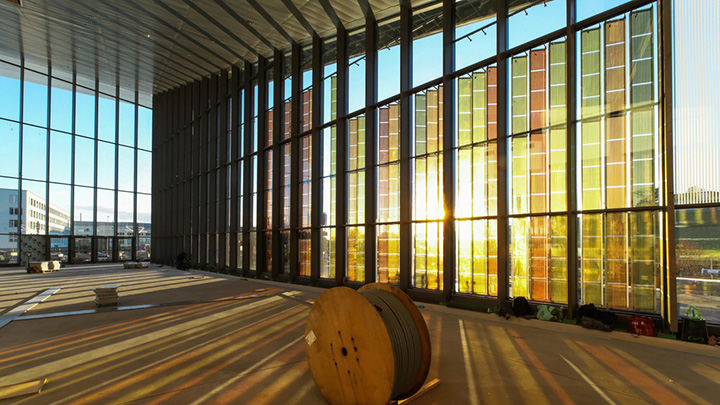 A dye-sensitized solar cell (DSC), also known as the Grätzel cell, is a low-cost solar cell based on a semiconductor formed between a photo-sensitized anode and an electrolyte. It was invented in 1988 by Brian O'Regan and Michael Grätzel.

The design aims to generate electric power by moving electrons from the photosensitizer towards an electrical output like a device or a storage unit.

DSCs are transparent, can be fabricated in multiple colors for low cost, and are already being used in skylights, greenhouses, as well as glass facades. In addition, lightweight flexible versions of DSCs are now commercially sold on a large scale for electrical powering of portable electronic devices.

Now, scientists at the Swiss Federal Institute of Technology Lausanne (EPFL) have developed a way of improving the packing of two newly designed photosensitizer dye molecules to enhance the DSC's photovoltaic performance.

The team was able to increase the power conversion efficiency of DSCs beyond 15% in direct sunlight and 30% in ambient light conditions.

"Our findings pave the way for facile access to high-performance DSCs and offer promising prospects for applications as power supply and battery replacement for low-power electronic devices that use ambient light as their energy source," wrote the authors of the study, published in the scientific journal Nature.