A Pregnant Firefighter Rescued A Woman Trapped In An Overturned Car, Then Gave Birth

A pregnant woman involved in a car wreck ignored her own needs and rushed to the side of a crash victim.

She gave birth soon after. 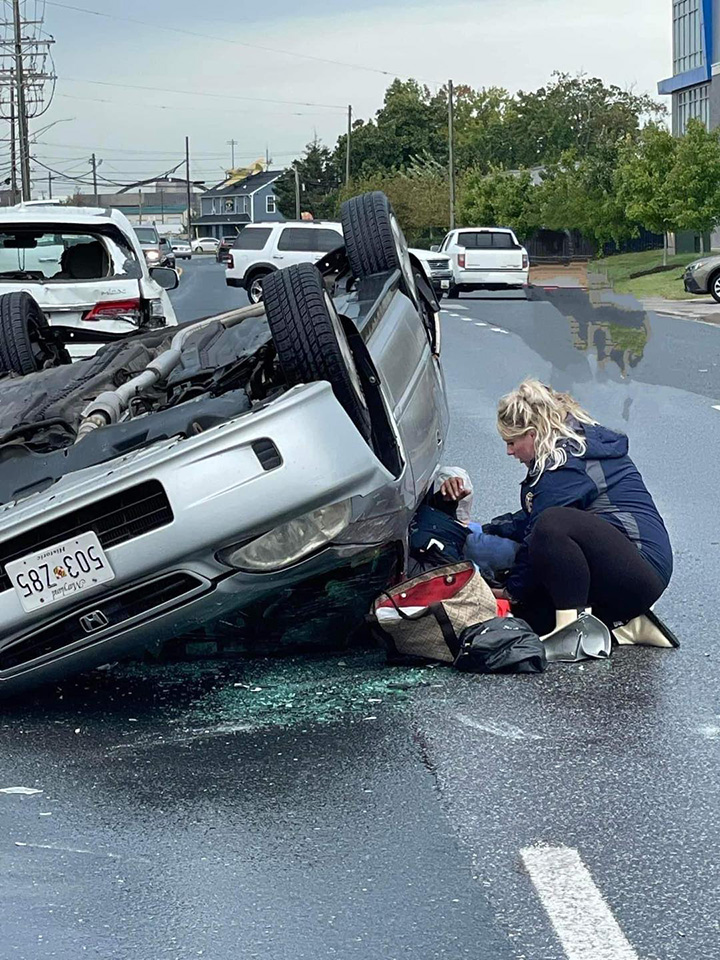 Megan Warfield is a firefighter in Baltimore County, MD. Just a week or so shy of her due date, Megan had just finished organizing and hosting her late father's 2nd annual memorial golf tournament when she was involved in a significant motor vehicle collision.

Ignoring any chance she could be injured, Megan immediately exited her mangled vehicle and began providing care to a person trapped by their overturned car.

"I started to climb in there with her, but then I was like, 'What are you doing? You're nine months pregnant'," Warfield told TODAY Parents. "I ended up holding onto her to keep her in place because I wasn't sure of her injuries at the time."

Megan stayed with this patient until first responders arrived to free the victim.

All injuries were non life-threatening.