A young runner at a cross country meet in Liverpool, New York, stopped to check on one of his opponents after he heard him crying at the finish line.

The Liverpool Track team posted a photo of the heartwarming scene. 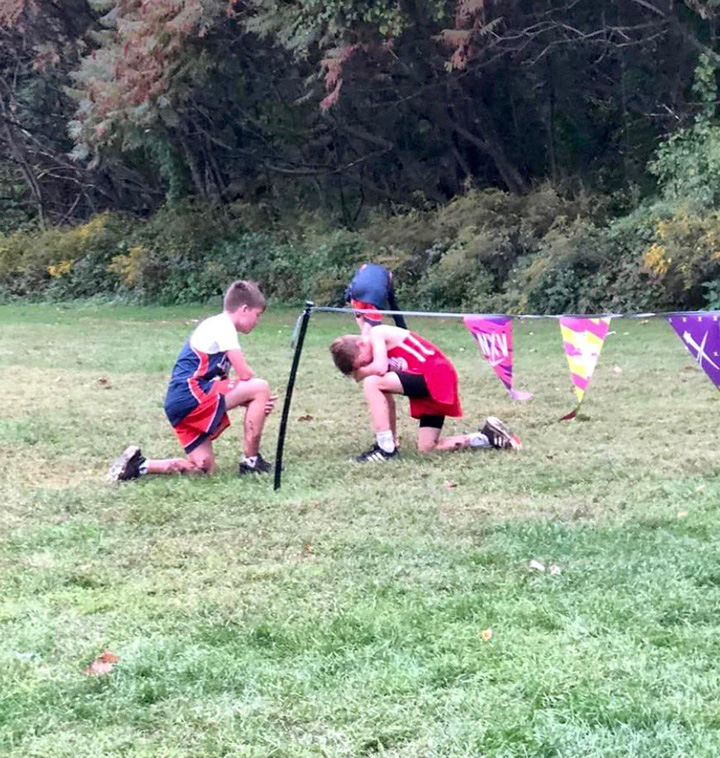 Cooper Kohanski said he couldn't leave the finish line without checking on his opponent, Andrew Hawkinson, a runner from Baldwinsville.

"When I turned around, I heard a kid sobbing, which is common because it really does hurt so I wanted to make sure he was okay," Cooper told CNY Central.

It was Andrew's first ever cross-country race.

"He said a lot of encouraging stuff. He said I did a good job [and] I would be okay because I was out of breath. I couldn't really walk, I just needed to settle down. Once we got up we had a fist bump which I thought was pretty cool," Andrew told the news station.

Andrew's mom said she was surprised to see her son being comforted by a runner from another team.

"It just really fed my soul and I was just really impressed. I wouldn't have expected somebody from the other team to check on him," she said.