Australian Football Players Invite Water Boy To Celebrate With Them

The water boy for a football team in Australia has described being plucked out of the crowd on AFL grand final day as the "moment" of his life. 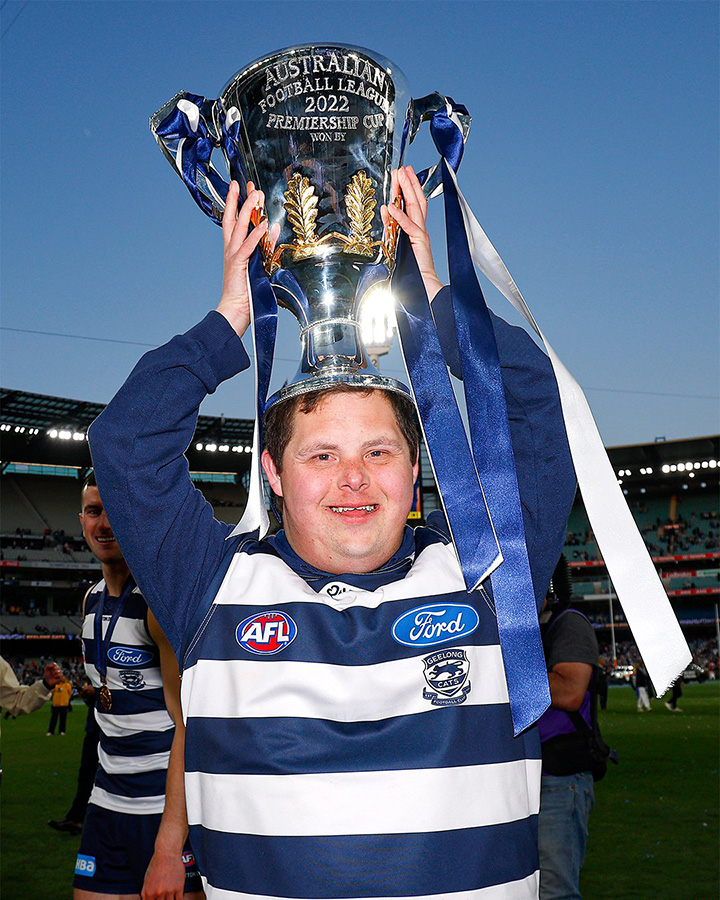 Sam Moorfoot is 29 years old and has Down Syndrome. He is the head water boy for the Geelong Football Club from Victoria, Australia -- also known as the Cats.

Last weekend, Geelong defeated the Sydney Swans to win the cup in the AFL Grand Final (similar to the Super Bowl in the US).

After the game, the Cats' captain Joel Selwood spotted Moorfoot in the stands and invited him onto the field at Melbourne Criket Ground (MCG) to take part in the lap of honor.

"I'm very proud of my boys to win a premiership," Moorfoot told AAP. "Joel said he wanted to get me on the ground. That was the moment of my life, what an honor."

Moorfoot has been a lifelong Geelong supporter who started working as the club's head water boy in 2015.

Selwood, 34, was appointed as the AFL's inaugural Disability Inclusion ambassador last year. Before the match on Saturday, he ran through the team banner with 3-year-old Levi Ablett, the son of his former teammate and one of the greatest Geelong players of all time, Gary Ablett Jr.

Levi has a rare degenerative disease.

Selwood announced his retirement on Tuesday. He is the only Cat in history with four premierships.

Geelong coach Chris Scott spent 12 years working closely with Selwood and said the tough midfielder would be "irreplaceable" on and off the field.

"The thing that continually struck me about Joel was his ability to care for others and prioritise others," Scott said. "When you take everything into consideration, he's the best player I've ever seen and the best representative of the Geelong footy club that you could possibly imagine."