Bodycam Footage Shows Police Officer Save Child Who Was Not Breathing

Earlier this week, an officer with the Los Angeles Police Department rescued a child who was not breathing.

The lifesaving measures were captured on bodycam video. 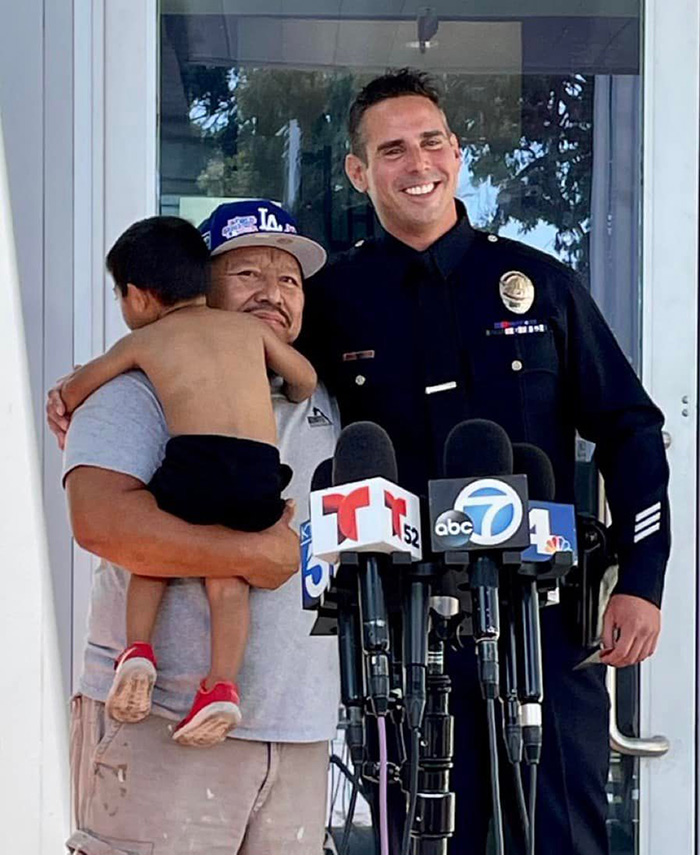 The little boy, his father and Officer Ferara

On Tuesday, Officer Nick Ferara was inside LAPD Harbor Station meeting with a community member. Suddenly, a parent started yelling for help.

Ferara's bodycam footage shows a person carrying the child toward the restroom. Ferara follows them, takes the child into his own arms and begins patting him on the back — a form of CPR for children.

The boy is then placed on the ground and another officer can be heard saying that the boy is breathing.

The child was taken to a local hospital and has made a full recovery.