A dying Bernese Mountain Dog was able to play in the snow one last time thanks to the kindness of strangers. 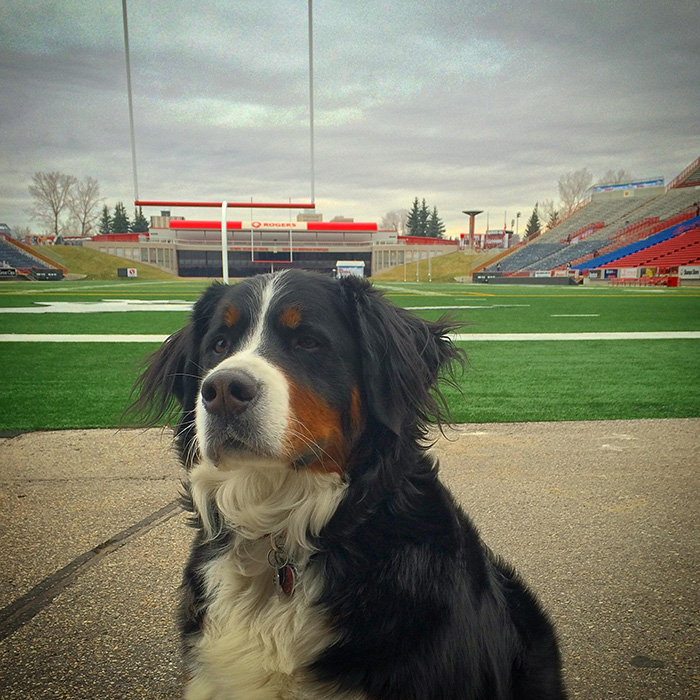 Two days ago a Canadian couple posted a plea for help on social media to find snow for their 11-year-old Bernese Mountain Dog named Brooke.

"Our 11.5 year old Berner has a couple days left. She loves snow, but isn't going to make it to winter. Does anyone know of any rinks or anything that has a good pile of snow behind them so she can go lay on the snow one last time?" they wrote on Reddit's Calgary community page.

Brooke's owners said they received a bad prognosis from their veterinarian who explained that they did not have much time left.

"We thought we had a few weeks, but instead we got three days," they said.

Multiple people suggested that they call a local hockey arena for snow -- and that's exactly what they did.

"Follow up from the hunt for snow. The amazing guys at Bowness Sportsplex immediately started dumping their snow outside for us. She passed away a few hours after getting her last snow fix," the couple wrote in an update. 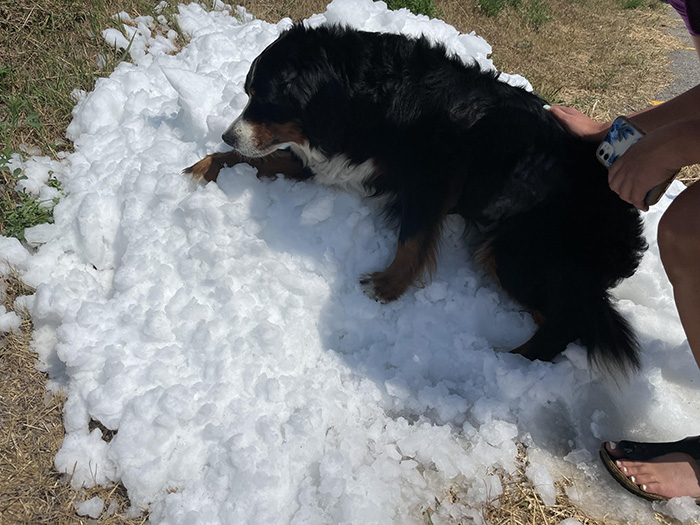 "Brooke was loved so so much, but she did so much more for us," they added.

"Just this side of heaven is a place called Rainbow Bridge. When an animal dies that has been especially close to someone here, that pet goes to Rainbow Bridge. There are meadows and hills for all of our special friends so they can run and play together. There is plenty of food, water and sunshine, and our friends are warm and comfortable.

All the animals who had been ill and old are restored to health and vigor. Those who were hurt or maimed are made whole and strong again, just as we remember them in our dreams of days and times gone by. The animals are happy and content, except for one small thing; they each miss someone very special to them, who had to be left behind.

They all run and play together, but the day comes when one suddenly stops and looks into the distance. His bright eyes are intent. His eager body quivers. Suddenly he begins to run from the group, flying over the green grass, his legs carrying him faster and faster.

You have been spotted, and when you and your special friend finally meet, you cling together in joyous reunion, never to be parted again. The happy kisses rain upon your face; your hands again caress the beloved head, and you look once more into the trusting eyes of your pet, so long gone from your life but never absent from your heart.

Then you cross Rainbow Bridge together."