A group of cave explorers in Missouri accidentally found an elderly dog that had been missing for months. 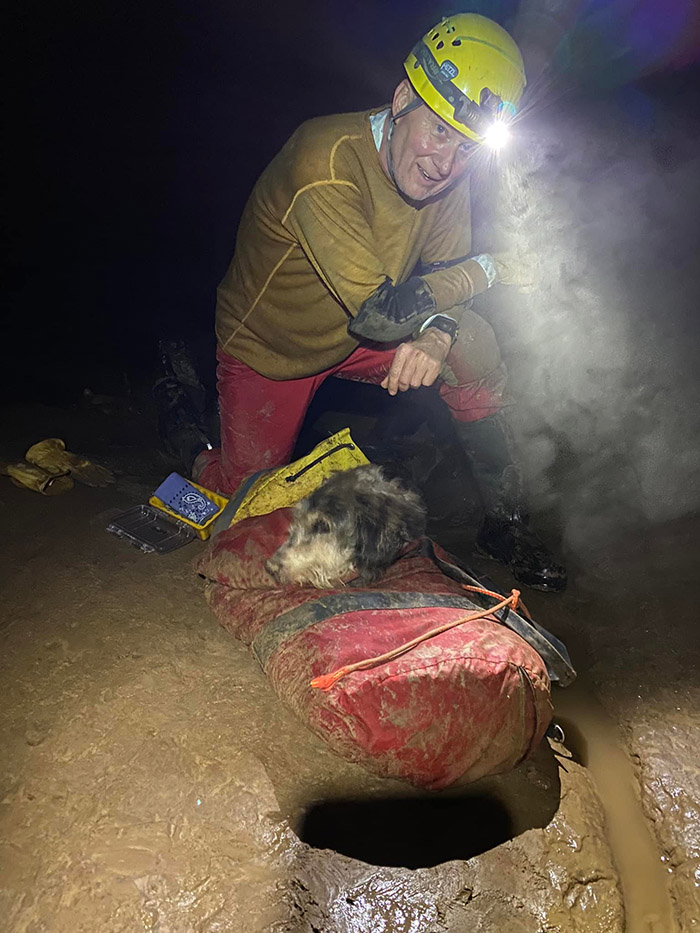 "I'm at a caving project in Perry county where a hand full of groups entered the cave. One group discovered a dog in the cave.

Gerry Keene and I facilitated a cave rescue of a dog. The dog was not in good shape. We package the dog in a duffel bag with her head sticking out. This was to protect her and the rescuers as she would likely struggle. We moved her 500 feet to a very tight, awkward, vertical climb, handing her hand to hand upward to the surface. She was totally cooperative.

The pictures kinda tell the story.

She was happy to be out! The owner claimed her and said she had been missing SINCE JUNE 9th! (You do the math.)" 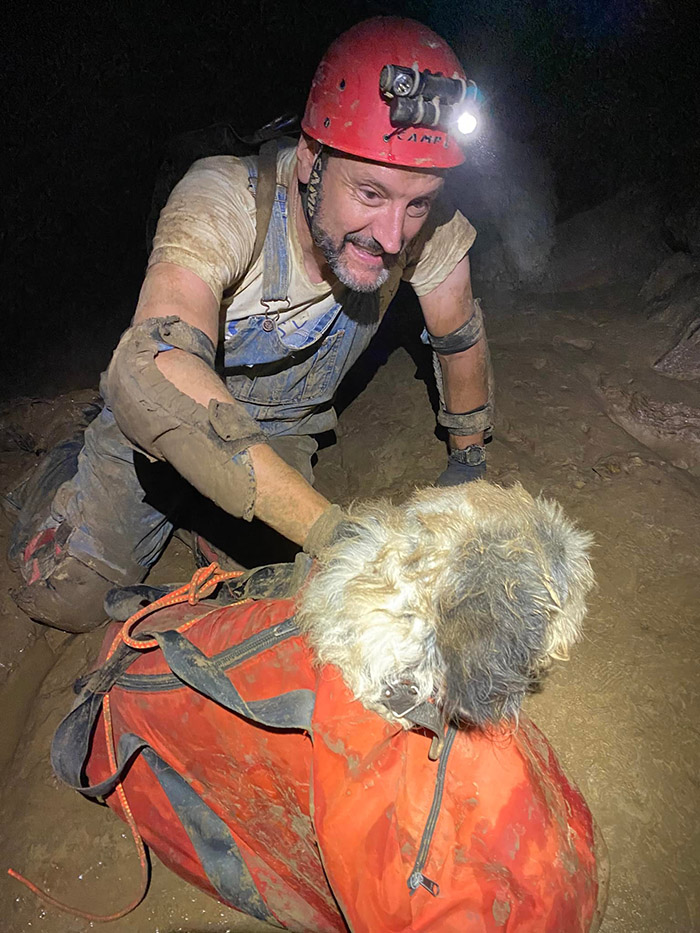 Abby the dog was found between Brewer and Perryville in the Moore Cave system — the second longest cave system in the state at more than 22 miles long.

Haley and Keene were able to find Abby's owner by going door-to-door locally.