A mother and daughter have made history as Southwest Airlines' first mother/daughter pilot duo. 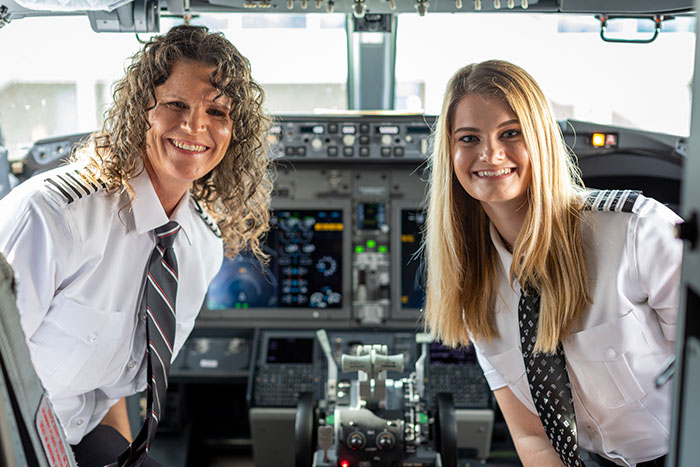 On Saturday, July 23, Holly and Keely Petitt flew their first Southwest flight together, on Flight #3658 from Denver, where the two are from, to St. Louis.

"The much anticipated maiden voyage as the first mother daughter team at Southwest Airlines has arrived!" Holly wrote in a Facebook post that morning.

"It’s been a very emotional morning for me. One moment you are holding this tiny little premature baby in your arms and in a blink of an eye she is sitting next to you on the flight deck of a Boeing 737 jet! I love you to the moon and back, Keely Petitt!" 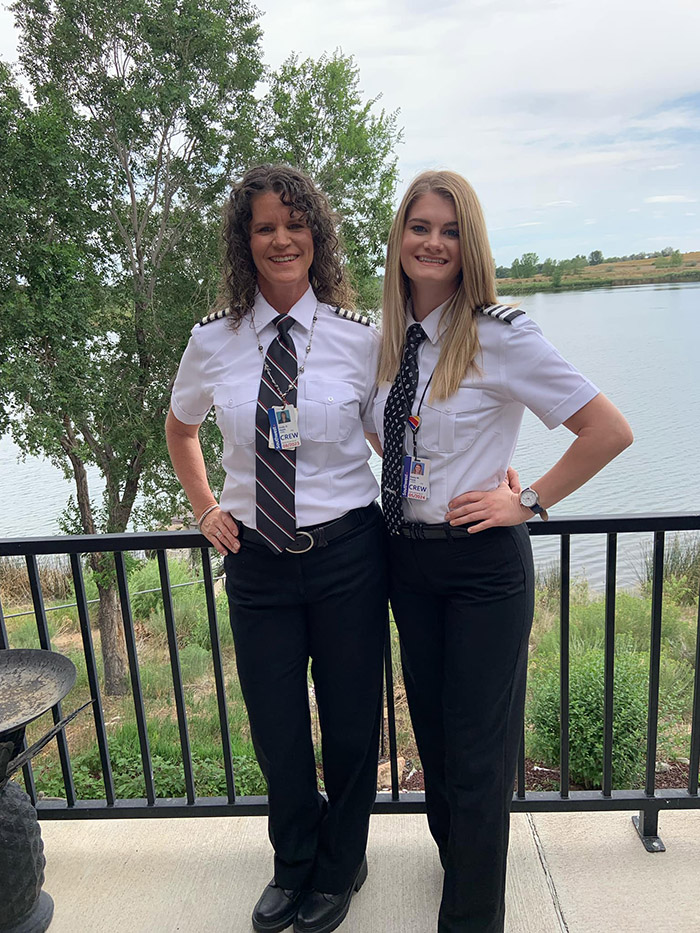 According to a press release from Southwest, Holly dreamed of being a pilot after riding in the jumpseat as a flight attendant for another carrier. She took flying lessons while she and her husband supported their three children.

At 14 years old, Keely wanted to follow in her mother's footsteps and become a pilot. She earned her pilot's license and interned with Southwest Airlines in fall 2017 to pursue a career in aviation.

"It's been a dream come true," Holly added. "First, I found this career and fell in love with it, and then that one of my kids fell into this and in love with this career too. It's surreal."

"Not only are Holly and Keely making Southwest history, but also they're breaking barriers and empowering women of all ages to pursue their dreams in aviation, and pun intended, reach for the skies," Southwest said in a statement.