A Good Samaritan saved a 98-year-old woman and her family who were trapped inside their home by floating with them through the raging floodwaters in eastern Kentucky. 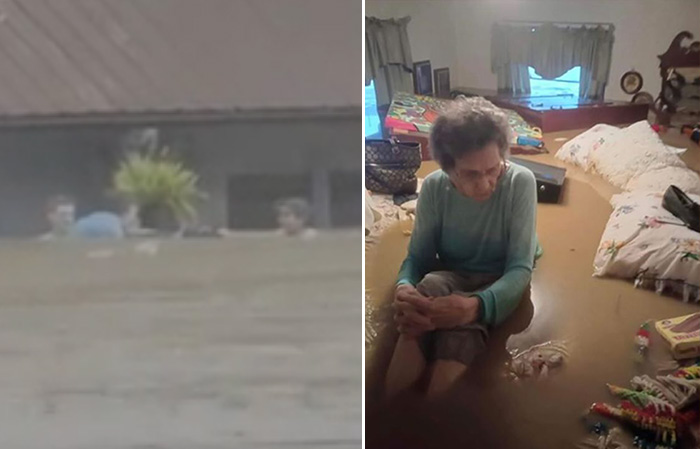 Randy Polly was driving to get gas on Thursday morning when he encountered floodwaters that left him stranded on a patch of dry land in Whitesburg, Kentucky.

A few hours later, he watched from a distance as a man saved an elderly woman and others who were trapped in a house as the water kept rising.

Polly told CNN he could hear people yelling across the flooded road, "Get me help, get help." Polly called 911, but emergency services were overwhelmed and unresponsive to his calls, he said.

At around 9 a.m., he witnessed someone he described as a "hero" swim over to the house and start banging on a door and window.

Polly said it took about 30 minutes from start to finish, as the man entered the house through the window and helped each of the three family members leave safely.

Missy Crovetti, a member of the rescued family, told CNN that her grandmother, uncle and brother are all safe. Her grandmother and uncle are recovering in the hospital, she said.

Both Crovetti and Polly said they do not know the name of the man who rescued her family.

Watch the video of the rescue below.