A little girl was worried the Tooth Fairy would not find her lost tooth on an airplane.

Captain Josh stepped in and saved the day. 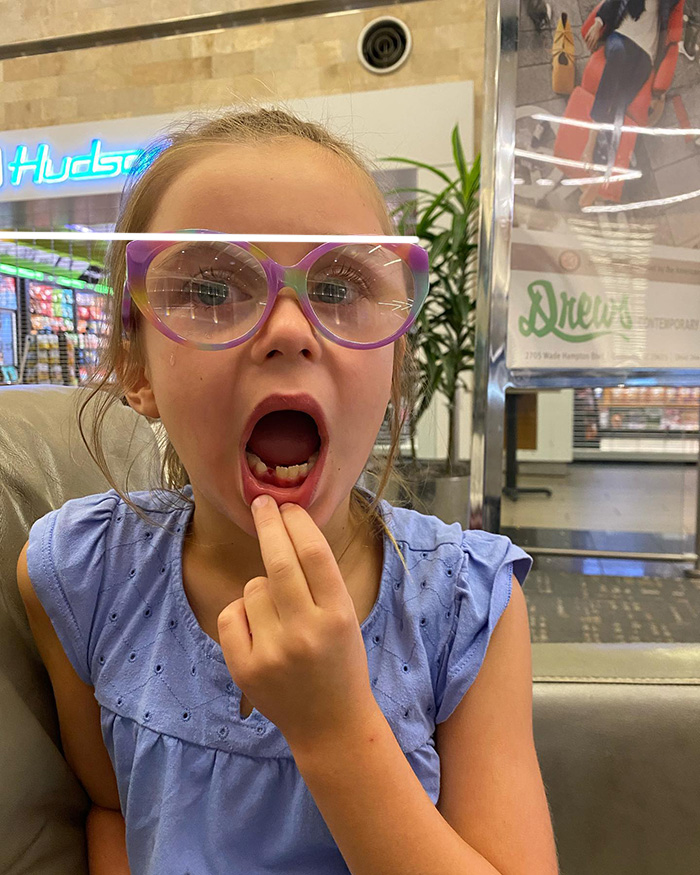 On a recent flight from New York to South Carolina, 6-year-old Lena lost one of her bottom teeth. She fell asleep on the plane, and when she woke up, the tooth was gone.

Their flight from New York to South Carolina was their last flight on a long travel day from Norway. Lena and her mother tried to go back through security to search the plane for her tooth, but it was 2 a.m. and security was closed. 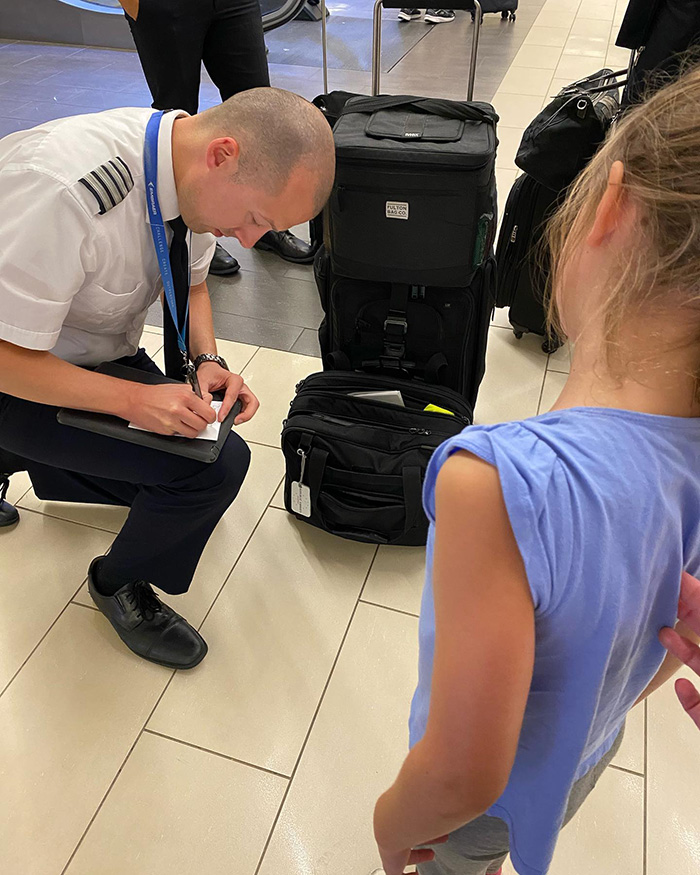 Seeing Lena's distress, Captain Josh Duchow offered to write a note to the tooth fairy to explain the situation.

"Dear Tooth Fairy, Lena had a tooth fall out on her flight to Greenville. Please take this note in place of her tooth. 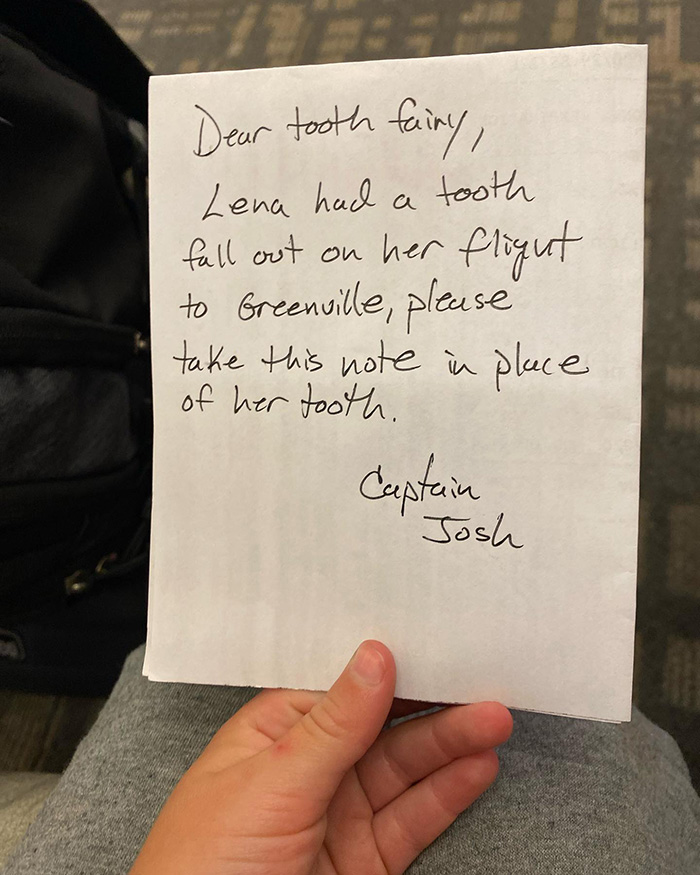 "In a world full of bad airline stories, United came through when Lena fell asleep on her flight home and woke up without a tooth. Very concerned that The Tooth Fairy would not show up because the tooth is somewhere on the airplane, the pilot saw Lena trying to go back through security to get her tooth and helped her out. Thank you, Captain Josh! I'm sure the Tooth Fairy will accept this note in lieu of a tiny tooth." 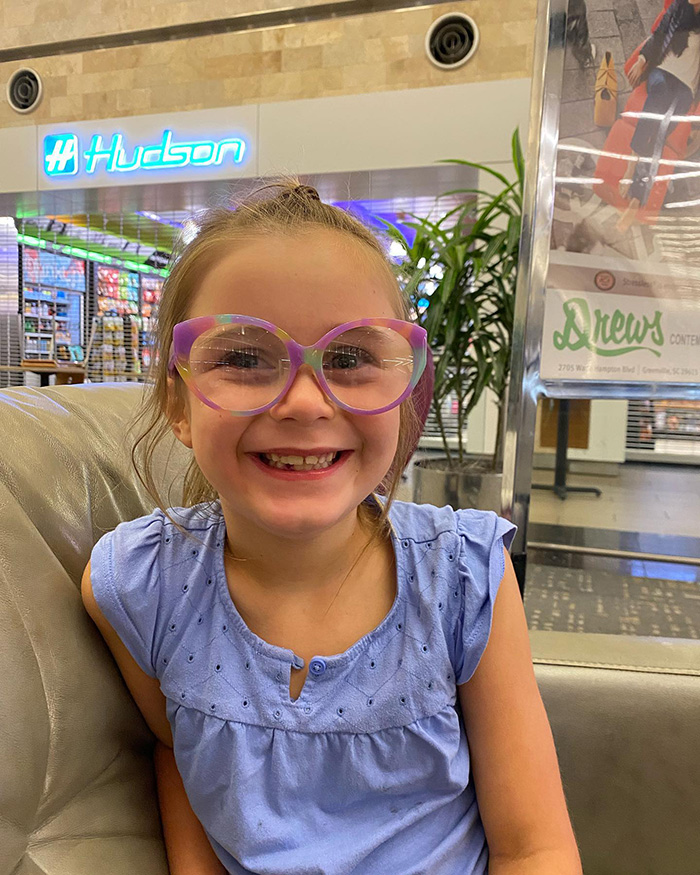 Afterward, Lena learned the tooth fairy had written back.

"She said, 'Lena, it is okay that you have lost your tooth on the airplane. I will get it. Keep brushing'," Lena told GMA.