High schoolers lined up to sign a 6th grader's yearbook after they learned nearly all of his classmates declined to sign it. 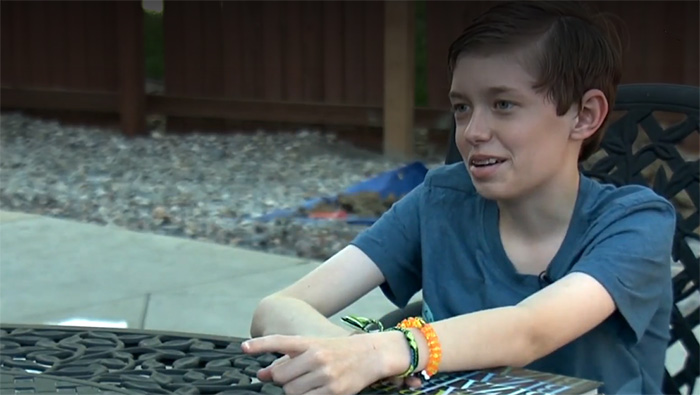 Brody Ridder attends The Academy of Charter Schools in Westminster, Colorado. When he got his yearbook, he was excited to receive signatures but ended up feeling "useless".

"I went up to people and I asked them can you sign my yearbook and some of them were like 'no'," he said.

He collected only two or three names from classmates and two notes from his teachers.

So, Brody wrote a yearbook note to himself: "Hope you make some more friends. — Brody Ridder."

"That was really hard to see and read as a mom," said Cassandra Ridder, who snapped a photo of the note and posted it to a Facebook group for parents at the school.

"I was overwhelmed with how much love and encouragement I received for Brody. It was amazing," she said.

The post made its way to three upperclassmen; Simone Lightfoot, Logan South and Joanna Cooper. They spent hours discussing the issue and brainstorming ways to help.

"It's so fun having everyone sign your yearbook and for this kid to only have people sign their names in his yearbook, it's just soul crushing," Lightfoot said.

"We all just started planning that the next day we were going to go sign this kid's yearbook," South said.

The trio rounded up as many students as possible to sign Brody's yearbook even though none of them had ever met the middle schooler.

According to the teens, people were lining up to fill the void in Brody's book. Some even played "rock, paper, scissors" to see who could sign first.

Many of the more than 100 signatures included paragraphs with words of encouragement, advice and even phone numbers.

"And then right after that, everyone in the class started signing my yearbook," Brody said.

The teens said they hope the small gesture inspires other kids to be kind.