A police dog is being credited with helping to save the life of a woman with dementia after she went missing from her home last weekend. 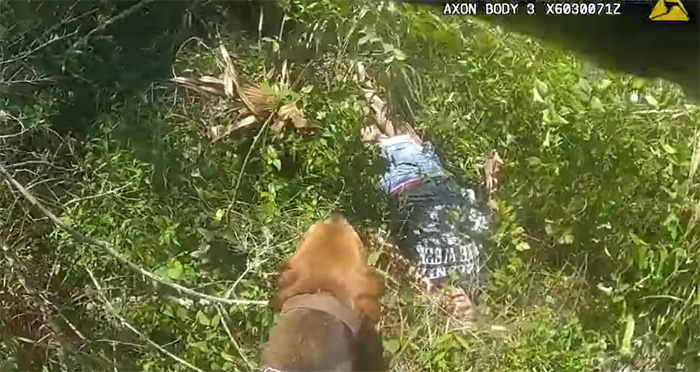 The Hillsborough County Sheriff's Office in Florida received a call about a woman in her late 60s who suffers from dementia and disappeared after walking away from her home.

Deputies began searching the area using their aviation units and K9 teams. Deputy Craig Lariz and his K9 Toby, a bloodhound, were searching a wooded area when they found her.

Lariz's body camera video shows the moment they found her lying in the grass. The deputy immediately praises the K9 and his keen sense of smell for finding her.

"Good boy, Toby!" the deputy said in excitement as he approached the woman.

The sheriff's office said the woman was then transported to the hospital for severe dehydration.

"A very frightening outcome was avoided thanks to the diligent work of our deputies," Sheriff Chad Chronister said in a statement.

Watch the rescue video below.