The U.S. Coast Guard rescued a dog that was lost overboard off the coast of North Carolina on Saturday. 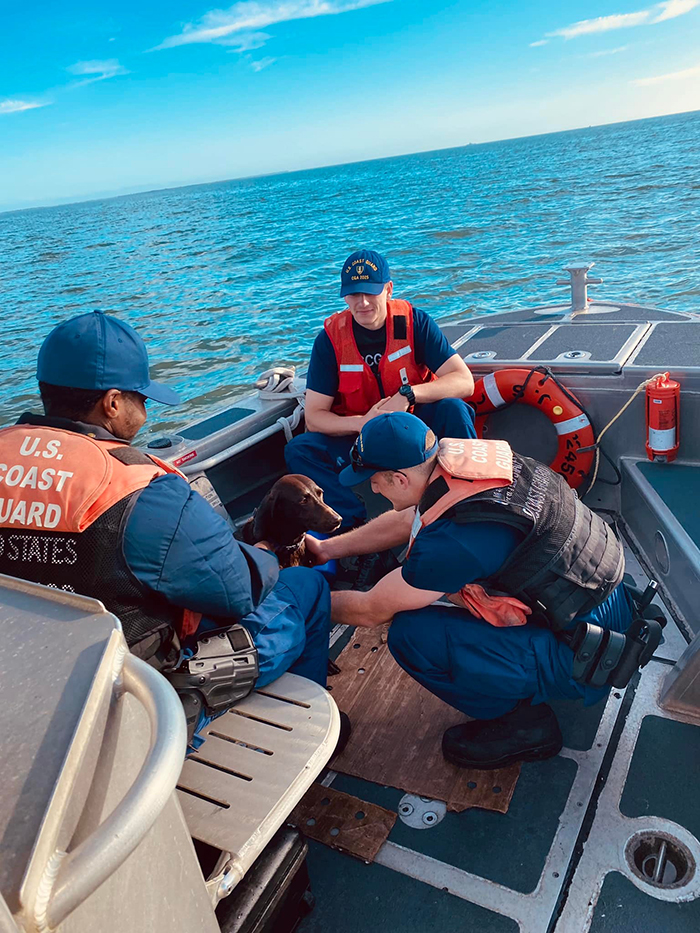 The U.S. Coast Guard Station Hatteras Inlet said on Facebook that one of their crews received a call about a dog named Myla going overboard in the Pamlico Sound — the largest lagoon along the East Coast, extending 80 miles long and 15-20 miles wide.

Shortly after, look outs spotted movement on the calm waters and upon closer inspection saw a dog swimming towards the boat. The crew made way towards the distressed dog and hauled Myla on board.

The exhausted pup was given "VIP treatment by the crew" and was eventually reunited with its owners.