A family in Massachusetts thought they found a lost puppy. It was actually a distressed baby coyote. 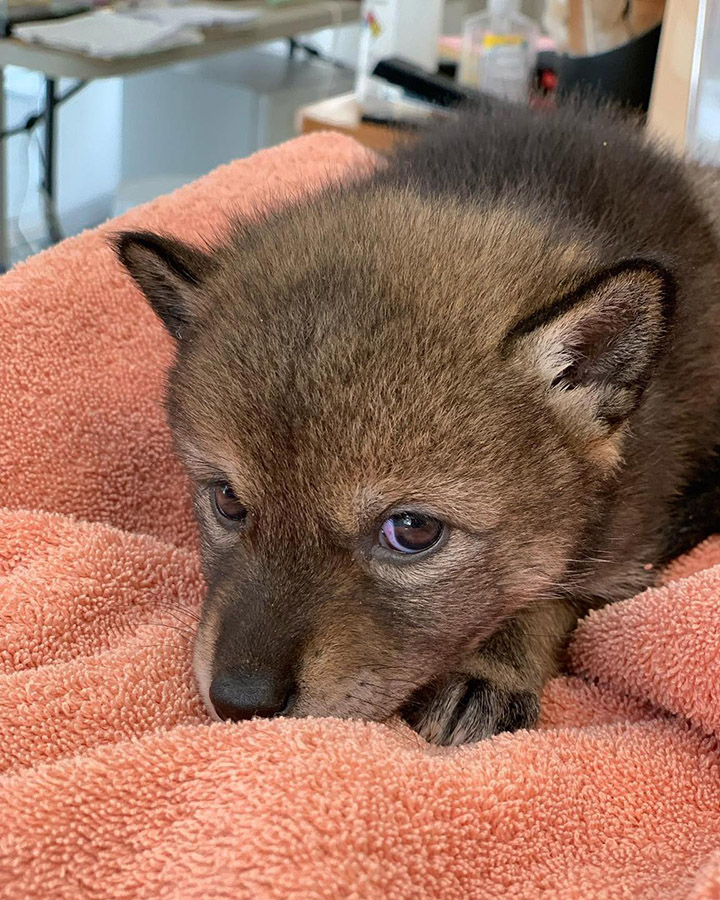 The Eastern Coyote pup got separated from his mother and was found wandering by the side of a busy road.

He was then accidentally taken home by a local family after they mistakenly identified him as a lost puppy.

"​​After realizing their mix up they called us for assistance," the New England Wildlife Center said on Tuesday. "With the help of the Mass Department of Public Health we were able to determine there was no potential exposure risk to rabies, and were able to clear him for care and granted permission to rehab by Mass Wildlife."

The lost coyote is now "recovering comfortably" at the Weymouth wildlife center, and the nonprofit said he will soon have a foster sibling to keep him company.

"Once both pups receive their vaccinations they will be raised together and will be given a chance to grow and learn natural behaviors in our large outdoor caging," the rescue center said. "We work hard to give them as much of a natural upbringing as possible, and will work to replicate the essential behaviors and skills they learn from mom and dad."

While this situation had a happy ending, the wildlife center warned that it could have easily gone differently.

"Coyotes are considered a Rabies vector species in MA and are susceptible to contracting the virus that is deadly to all mammals including people. If the finders had been bitten, scratched, or had extended contact we would have been mandated to euthanize the pup and test for rabies. We are grateful to every single person who takes time out of their day to help wildlife when they are need, but we always encourage people to call the appropriate resources prior to intervening, it can help keep all involved safe!"

The rescue organization said they will post updates and photos of the pup's progress on their Facebook page.