A dog presumed to have died in an avalanche is home safe after spending days in the frigid cold mountains. 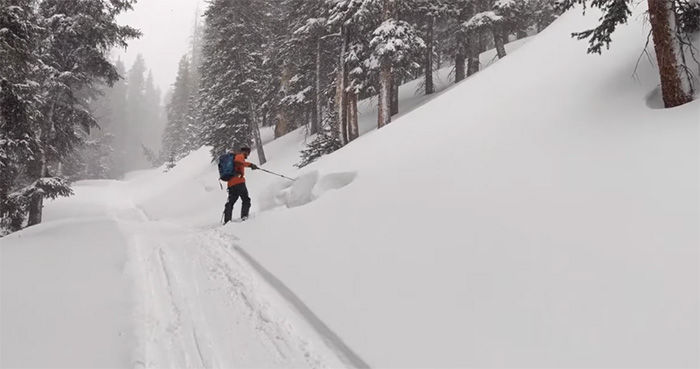 A skier and snowboarder both survived an avalanche in Chaffee County, Colorado, last week.

"The second skier down triggered an avalanche, which then washed over the snowboarder," said Brian Lazar, the deputy director of the Colorado Avalanche Information Center.

"This could have gone in a much different direction very easily," Lazar said.

The couple also had their dog with them. After searching everywhere for the dog following the avalanche, they left without being able to find it.

"We did have some search and rescue members visit yesterday, and they didn't see any signs of tracks," Lazar said.

It was presumed the dog died in the avalanche until, according to Lazar, the dog was found on a trailhead on Monarch Pass late Saturday night.

"Miraculously the dog survived and made it back to Monarch Pass after spending many nights in cold weather," Lazar said.