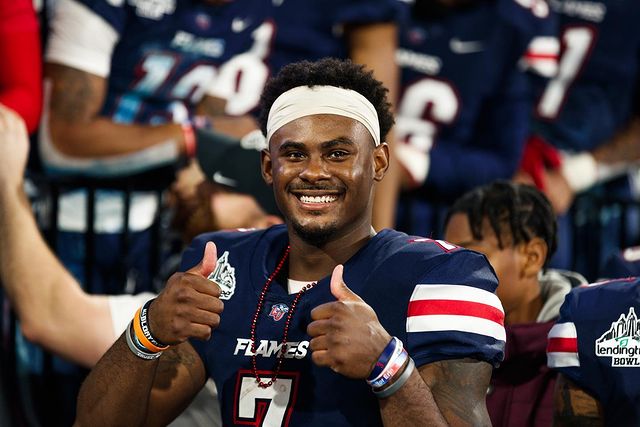 Willis, who played college football at Liberty University, is expected to be one of the first three QBs selected in the 2022 NFL draft.

In a video posted on Twitter that has over a million views, Willis is seen bent over, opening up his suitcase on the street and handing several of the items inside to a homeless person.

Was having lunch yesterday and saw one of the Combine guys helping out someone on some hard times…@malikwillis being great even when nobody is watching. How can you not be a fan of this guy? pic.twitter.com/BmFzUM66NU

After he wowed observers with his workout, Willis explained on the NFL Network broadcast, "It was a pregnant lady and she was homeless. And I was just like, 'Shoot, I don't have no money, but I can give you a couple of shirts'."

Willis didn't know anyone was watching his spontaneous act of kindness.