TSA Agent Jumps Over Conveyor Belt To Save Choking Baby

A TSA agent jumped over an airport security conveyor belt to save the life of a 2-month-old who had stopped breathing. 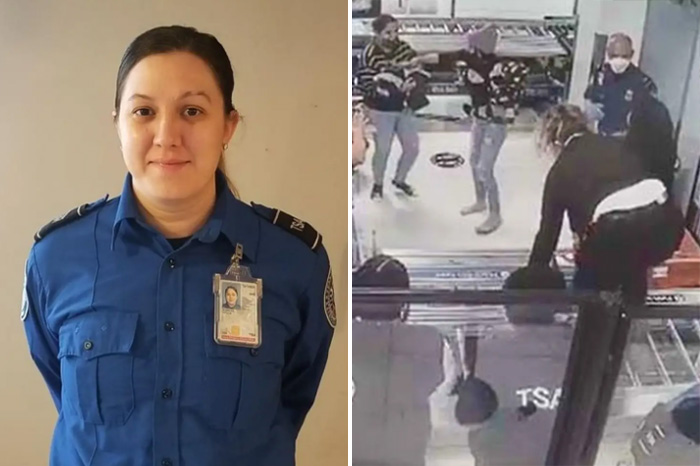 Cecilia Morales jumped into action at Newark Liberty International Airport in New Jersey after a mother called out for assistance because her 2-month-old son had stopped breathing when she picked him up from his car seat carrier.

Morales said she tried to relay instructions on how to perform the Heimlich maneuver on an infant – a skill she learned from the 10 years of experience she had as a trained emergency medical technician (EMT).

"But [the mother] was so nervous and I knew if I didn't get over there, it wasn't going to be a good outcome," Morales told the TSA.

Security camera footage shows Morales grab the baby from the mother and places him face down on her arm and begins to pat his back – all while keeping his airways open. The TSA reported that Morales carried out this process two times before the baby responded.

Paramedics quickly arrived to give oxygen to the child who's doing just fine. His parents are calling Morales their hero.

"It was just a reaction, I didn't even have to think about it, Morales said.