Someone Put $180,000 In A Cardboard Box And Sent It To A College Professor

A college physics professor opened a battered cardboard box that had been sitting in the mailroom for months. 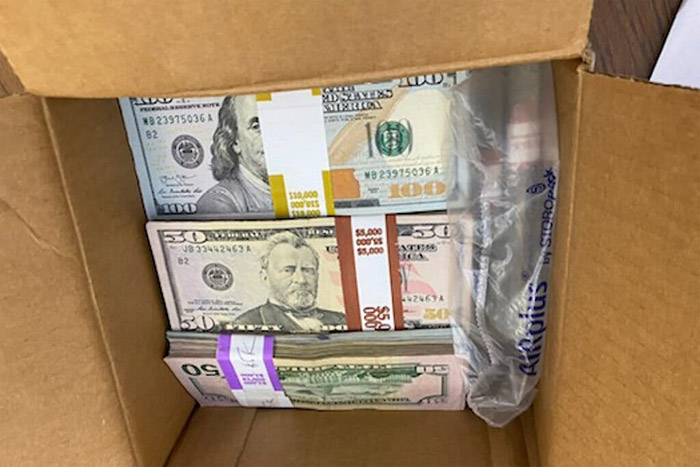 Dr. Vinod Menon is a physics professor and chairman of the physics department at The City College of New York (CCNY).

When he returned to teaching in-person this semester, he found a heavy cardboard box the size of a toaster. It was addressed to "Chairman, Physics Department".

The package was postmarked Nov. 10, 2020. So, it had been sitting unopened for more than nine months, first in the campus mailroom and then in the physics office.

A letter in the package explained that the donor graduated "long ago" from The City College of New York which helped lead to "a long, productive, immensely rewarding" career.

The letter asked that the money be used to help students also majoring in physics and math who need financial support to continue their studies. 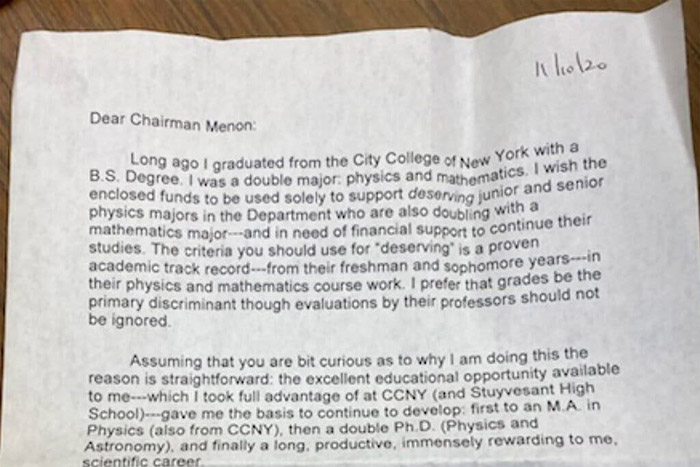 "It's crazy that it just sat in the mailroom, or even that it was sent by mail — the person trusted the system so much," Dr. Menon told The New York Times.

At first the box was treated like evidence, but the gift was legit.

Based on information on the bands bundling the cash, federal agents determined that it had been withdrawn from several banks in Maryland in recent years and was not connected to criminal activity.

Menon said his department will honor the anonymous donor's wish by giving out two full-tuition scholarships each year for the next decade.

"I'd like them to know that firstly, we are thankful for the gift. I'm really honored that he or she decided that this was the right place to spend that kind of money on," Dr. Menon said. "And I'm also proud of the fact that the person had a wonderful career based on the education that they received at City College."