People Are Leaving Huge Tips For Servers This Holiday Season

A bunch of do-gooders are leaving big tips for servers this holiday season.

At a Cracker Barrel in San Antonio, waitress Rachel Barney was surprised with a $1,300 tip on a $270 ticket.

The group at the table, led by Kevin Nies and his wife, collected the money to give to a single parent working as a server.

An IHOP waitress in Virginia was gifted a $1,900 tip Wednesday for "exceptional service" after a group of 19 diners each left a $100 bill.

The group went to an Ashburn, Virginia, IHOP with the mission of having breakfast and making someone's day.

A waitress named Rosa was on the receiving end of the act of random kindness.

Roxana Salinas, a waitress at the Silver Diner in Columbia, Maryland, was reduced to tears after receiving a $910 tip on a $25 check.

"I started crying, I got so emotional. Very blessed. They got up and hugged me and they were crying with me saying, 'Roxana, you make us cry.' I said, 'I'm sorry but this is so beautiful. You make me feel very special,'" Salinas said.

A waitress in Ocean Springs, Mississippi, was tipped $2,200 by a large group who wanted to "do something big that would change Christmas for their waitress".

When it came time to pay their bill, the 20 people each added $100 cash for her tip. Two other people who couldn't come to breakfast gave donations of $100 each.

Ashley Sadler cried when she received the tip.

Then she spread the blessing by splitting the money with the staff working that shift. When she was done giving to other people she had $920 left.

Sadler, a single mother of four, said she plans to spend the remaining money on her kids.

"I get to give them a good Christmas," she said. 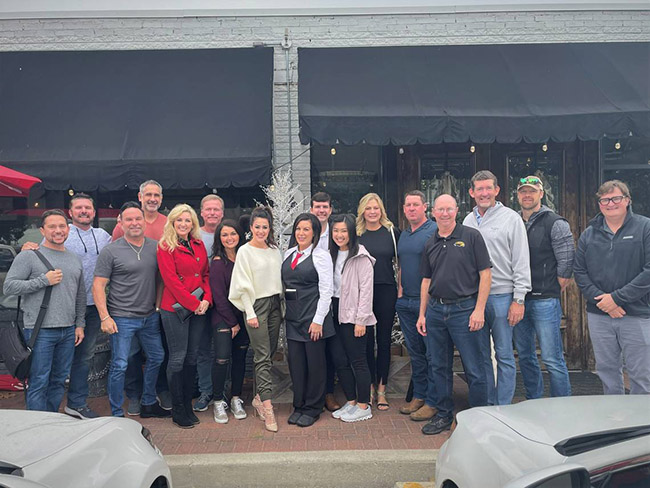 Ashley Sadler and the group of 20