Dog Rescued After Being Trapped In Deep Crevice For 5 Days

A dog has been rescued after spending five days trapped in a 20-foot crevice in a New York State Park. 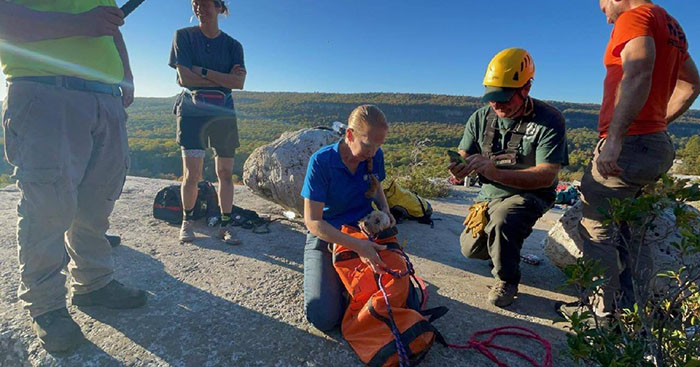 The dog, Liza, was trapped in a rocky crevice near Gertrude's Nose Trail in Minnewaska State Park Preserve in Ulster County, NY.

The incident occurred on October 7 during a hike with her owner.

Park staff attempted unsuccessfully to access the crevice that evening before dark and made other unsuccessful attempts in the following days to get a camera into the narrow area to check the dog's condition. 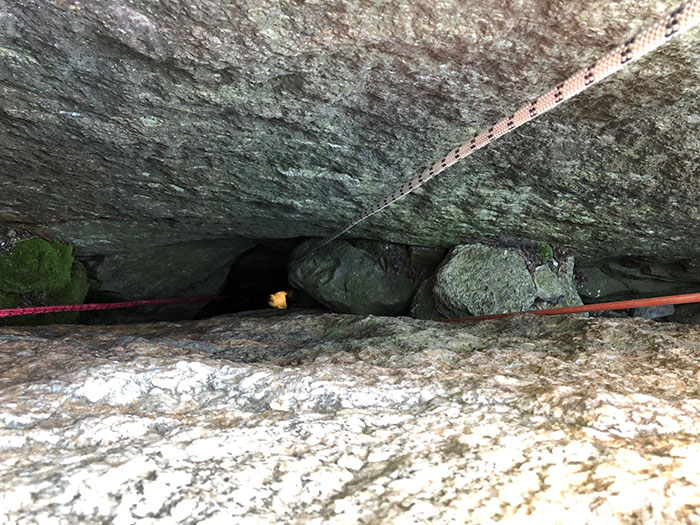 NJIRT members were able to descend into the crevice and get a modified, extended catch pole around the dog, which was lifted close enough to be placed into a rescue pack and brought to the surface. 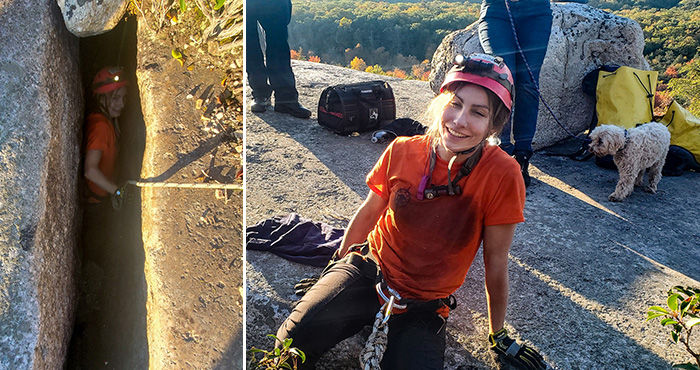 "This was a tight vertical fissure leading to an even tighter horizontal crack," said Mark Dickey, Chief of the New Jersey Initial Response Team. "Only Jessica Van Ord, our smallest team member, was able to squeeze and contort herself more than 40 feet from the surface to reach the dog. This incident is a reminder that a single misstep, whether by animal, child, or even adult, near caves or cliffs can be deadly. We were glad to work with the professionals at New York State Parks and the Ulster County SPCA to have the best possible outcome this time."

SPCA officials determined the dog, while hungry and thirsty, was in good health and it was later reunited with its owner. While under observation with the camera, the dog was seen licking the damp walls of the crevice, likely providing itself with moisture that helped it survive.