Police Officer Pulls Elderly Man Over For Speeding, Then Helps Him Set Up His TV

A Michigan police officer helped an elderly man set up a new television in his home after pulling him over for speeding. 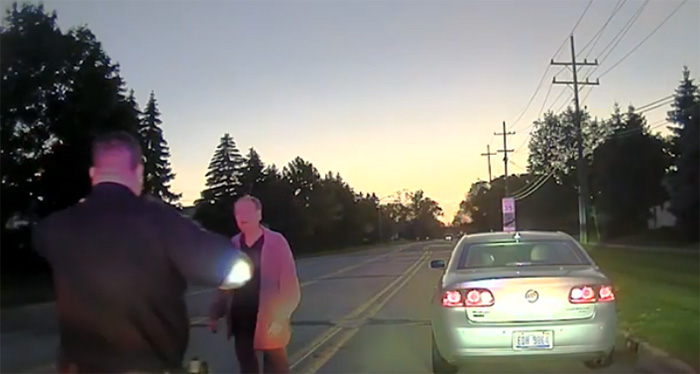 The Sterling Heights Police Department posted a video of the traffic stop to Facebook.

In the video, Officer Coates makes contact with the 79-year-old driver, David, who was visibly upset and crying during the stop.

Coates learned that David's wife was in bad health and their adult son has special needs.

David explained to the officer that he was upset because he had bought a new television for his wife but was unable to hook it up. He doesn't like driving at night but he was running around to different stores asking for help.

Coates let David off with a warning and promised him he would stop by his home later that evening to help set up the TV.

About an hour later, Coates and two other officers arrived at David's home and set up the TV.

Lt. Mario Bastianelli praised Coates and the other officers for doing an "outstanding job."

"I think the world needs a little bit more acts of kinds like this. It was a great showing of a lot of [what] law enforcement does across the nation day-to-day that doesn't get publicized," Bastianelli told Fox News. "We're very proud of our officers for stepping outside the box and going above and beyond what they normally do to help our citizens."