It was a shining example of sportsmanship from an 8th-grader in Adairsville, Georgia. 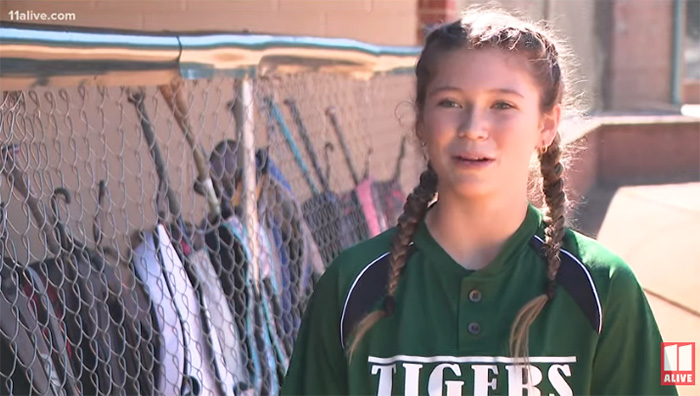 Lily Roberts is a pitcher for the Adairsville JV Softball Team. The team they were playing against a couple of weeks ago was about to lose when their pitcher got sick.

"They were struggling and I knew if I didn't step up, the game would have to end and they would have to forfeit. So I just thought, I would love to step up," Roberts told 11 Alive.

So that's exactly what she did. Roberts stepped right up to the mound and pitched for the opposing team.

And she wasn't lobbing easy balls over the plate against her teammates, she was firing them across home plate for strikes.

Even while Roberts was striking out her own teammates, the girls on both benches were cheering.

"I think the other team was really supportive of me coming to pitch for them. I did hear them cheering for me when I was pitching, and it made me feel good," Roberts said.

Coach Abernathy said it's not winning that makes him proud, it's how the players act and the lessons they learn on the field.

"If we could be as positive as Lily is, there would be a lot less problems in the world," he added.