Police Dept. Receives Note From A Man Thanking Them For Their Kindness 71 Years Ago

A police department in Kentucky received a letter from a man thanking them for their random act of kindness 71 years ago. 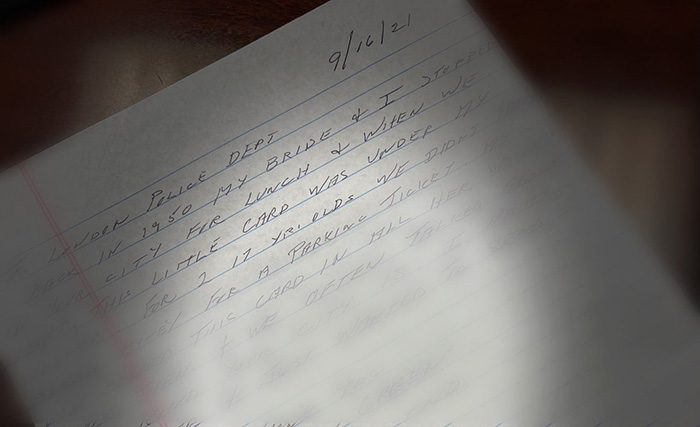 In 1950, a young couple stopped in London, Kentucky, for lunch and left with a souvenir from the police.

It was a small red card placed under their car's windshield wiper.

Seven decades later, the man returned the card that his wife kept with her at all times. She passed away and he wanted the department to know what their small of kindness meant to them.

"While saddened to learn of the circumstances that prompted this letter we received in the mail, the London Police Department was touched to learn that an act of kindness by one of our officers 71 years ago positively impacted a young couple just starting out and passing through our little town," a spokesperson for the department wrote on Facebook. 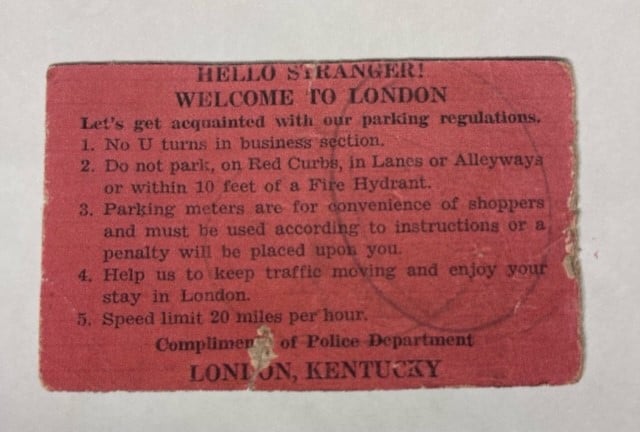 To London Police Dept,
Back in 1950 my bride and I stopped in your city for lunch & when we left, this little card was under my wiper. For two 17 yr. olds we didn't have extra money for a parking ticket. My wife carried this card in all her wallets since then & we often talked about how kind your city is. I have lost her & just wanted to send this. Thank you.

Police Chief Darrel Kilburn said the department doesn't give out those little cards anymore, but he said small acts of kindness will always be part of London's culture.

"Without cards, most of our stops I would say would probably just be giving someone warnings," Kilburn told WKYT.

The London native said the letter made him emotional.

"Little teary-eyed for sure. I just thought how powerful it was," Kilburn said.

"He's heartbroken, but at the same time I can tell he's been a very blessed man and I'm sure 71 years ago, they've had a great life together."