A couple in Orlando, Florida have found a great way to spread joy and kindness in their community.

They call it the "Door of Kindness". 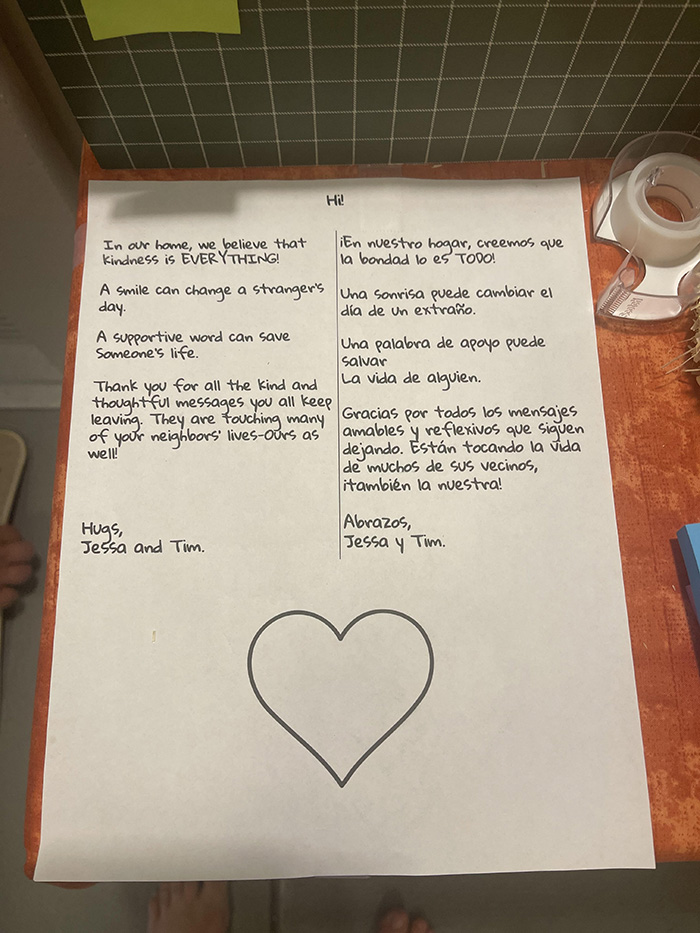 When Jessa and Tim moved into their new apartment in August 2021, they wasted no time making a positive impact on their neighbors.

They set up a small table with blank post-it notes and pens outside of their front door and left a note encouraging residents to write a supportive and positive message. 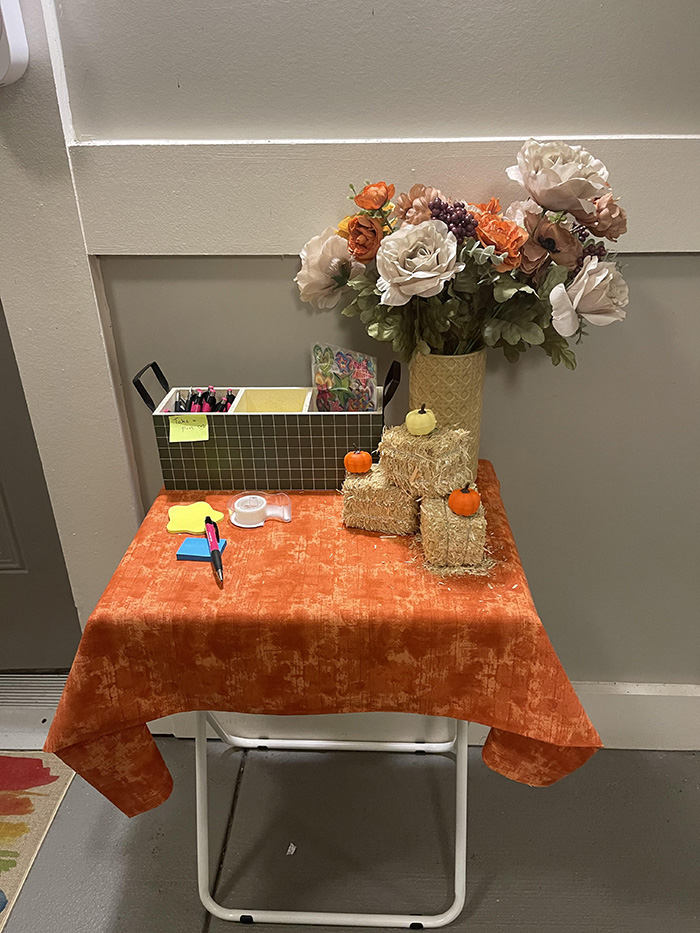 Within hours, notes began to appear on their front door. 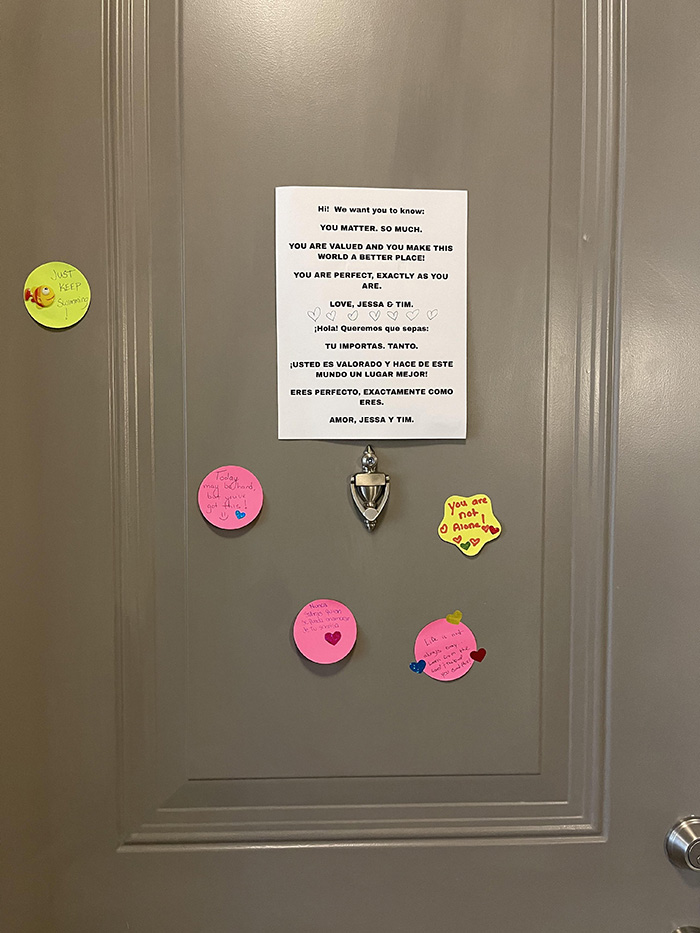 As days went by, the door became filled with notes of positivity. 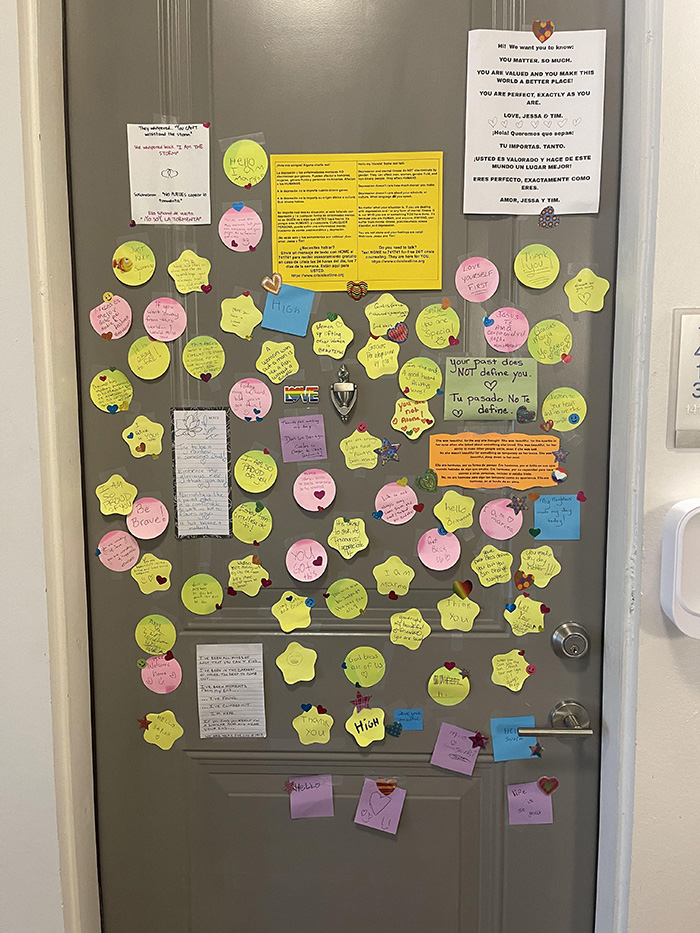 Jessa says the "door of kindness" was inspired by pens she used while working as a waitress. On the pens read messages, including "your past does not define you", "you're valued", and "you're beautiful". 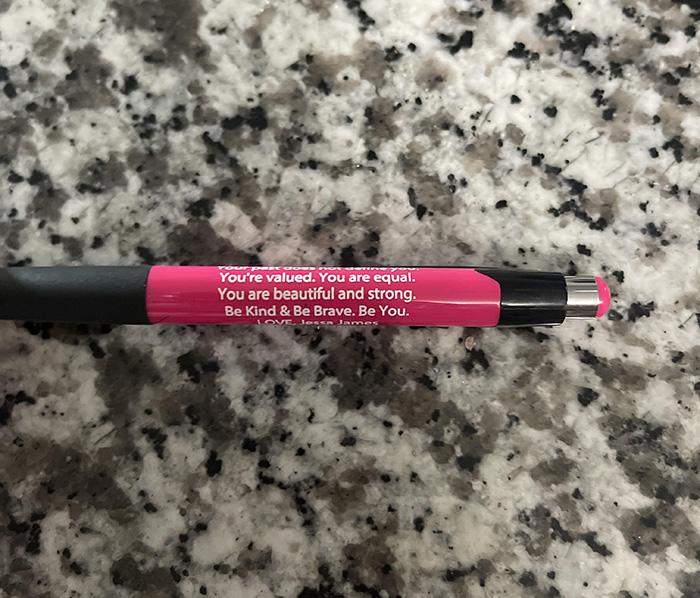 "It was a small way to let my customers know that they mattered to me," Jessa told Sunny Skyz. "I might never know what they were going through that day, or maybe they would pass it on to someone else that needed it-it was just my way of saying you're perfect and you matter."

She knew she was making a difference by the feedback.

"The hugs, even tears, that I received, let me know that these simple pens were affecting lives. Instead of walking out of the restaurant after signing their check-they would share their stories with me. And they knew they weren't alone," she said.

So, when she moved into a new apartment and realized people would be walking by her door every day, she put the pens to use again.

"People can take a pen and if they're so inclined leave a message of positivity. If someone's having a bad day and they can come read our door," she said.

So far, they've received more than 40 messages from neighbors in the apartment complex. 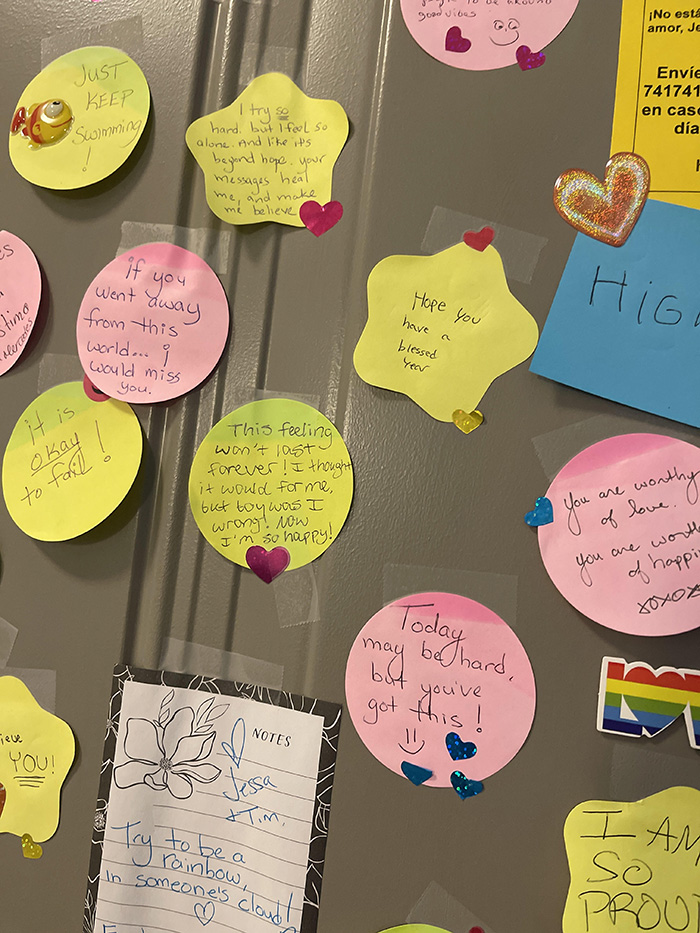 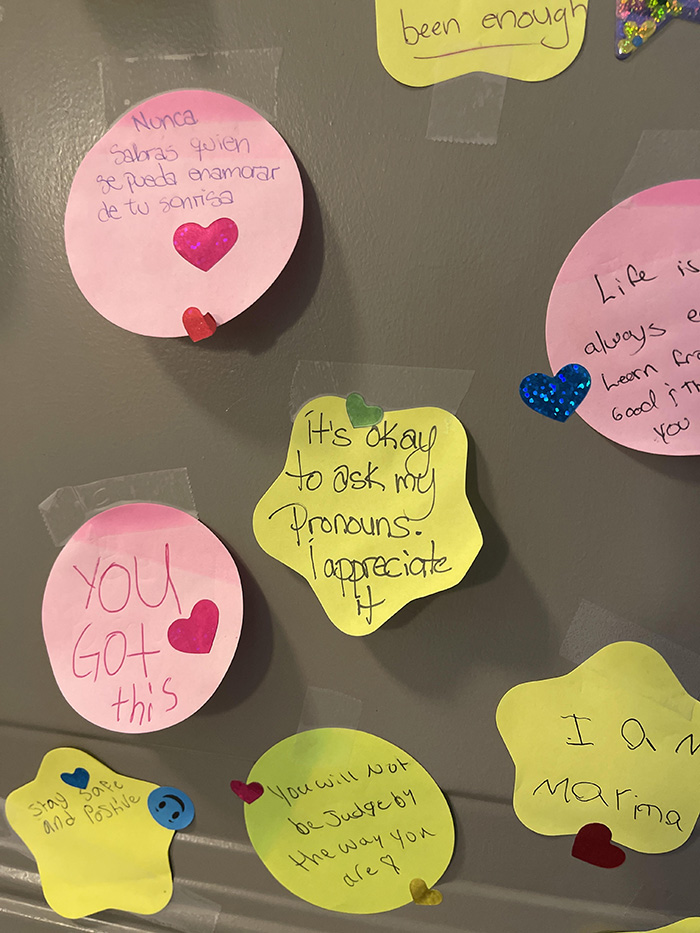 And the feedback has been overwhelmingly positive.

"We've had many residents stop and tell us how fabulous our door is or what a great idea it is and many tell us they've left notes though no one will ever say which one is theirs," Jessa said.