A child missing in the Hunter region of Australia since Friday has been located following a large-scale search. 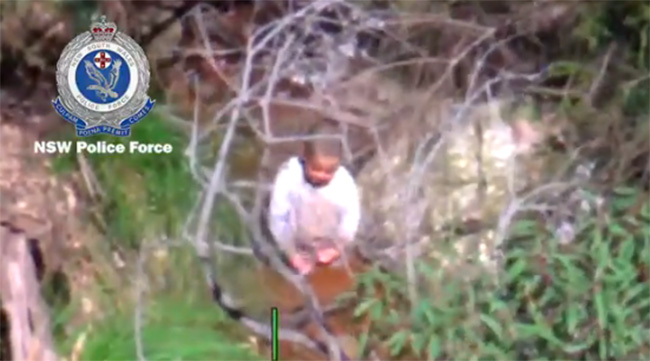 Three-year-old Anthony "AJ" Elfalak, who has autism and does not speak, was reported missing by his family on Friday, September 3.

On Monday, September 6, the boy was spotted by police helicopters, drinking water from a creek about 500 meters from his house.

NSW Police shared video footage of the moment the boy was found.

A three-year-old child missing on a rural property in the Hunter region since Friday has been located following a large-scale search.https://t.co/VrlVwL4sYW pic.twitter.com/byOXFCiD1j

AJ had ant bites, a few scrapes to his lower legs and was drenched in wet clothes, but was otherwise in good health.

His father, Anthony Elfalak, called it a "miracle".

"He has been bitten by ants and he has fallen over but he is alive. He is alive," Elfalak told local television crews. "I know I was acting frantic, but no-one can understand what it's like going through what we went through. I feel incredible."

"My leg, my hips, my ankles, I can't walk. I have been in the bush for four days with no sleep. We didn't stop."

Watch the moment AJ's family finds out he's been found.