Teen Thinks He's In Trouble With Neighbors, Gets Surprised With Gifts Instead

A teenager got a knock on his door from neighbors and thought he was in trouble for dribbling his basketball too much.

That's not why they were there. 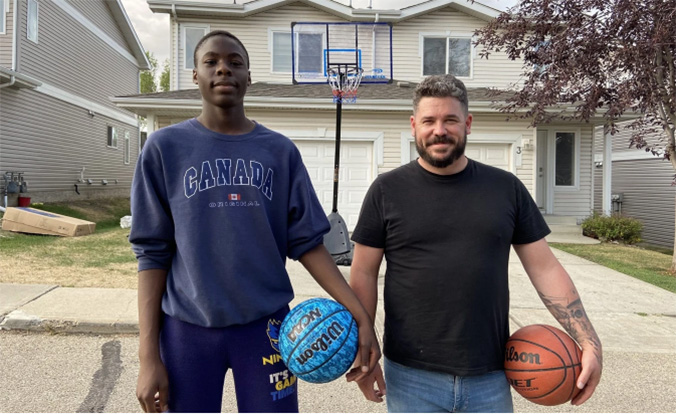 Anthony Muobike, from Edmonton, Canada, loves basketball, and plays for hours a day in his driveway. He was using branches as a net and dribbling for up to 4 hours a day.

Ian Ray, who has lived in the neighborhood for over a decade, noticed the teen's skills and put out a call for help on Facebook.

"He was just a kid who dribbled a basketball - all day, all night," Ian told Global News. "I kind of figured it would be cool if he had a net." 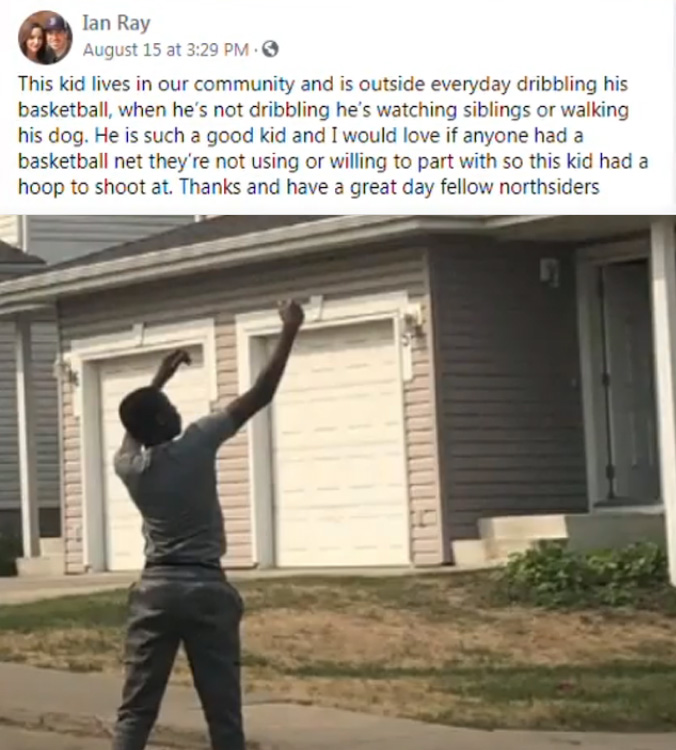 Ian ended up raising $750, but the post garnered so much attention, Canadian Tire swooshed in and donated a brand new net. The money raised has now been added to a gift card for Canadian retailer Sport Chek, so that Anthony can pick up some more basketball gear.

"I thought that whenever I dribble it made a racket and people want to sleep or something like that," he said. "I did not know that dribbling that ball, practicing at least maybe two or four hours a day, would actually have an influence."

The whole endeavour has seemingly tugged at the heartstrings of many -- including Anthony's idol, Lebron James. 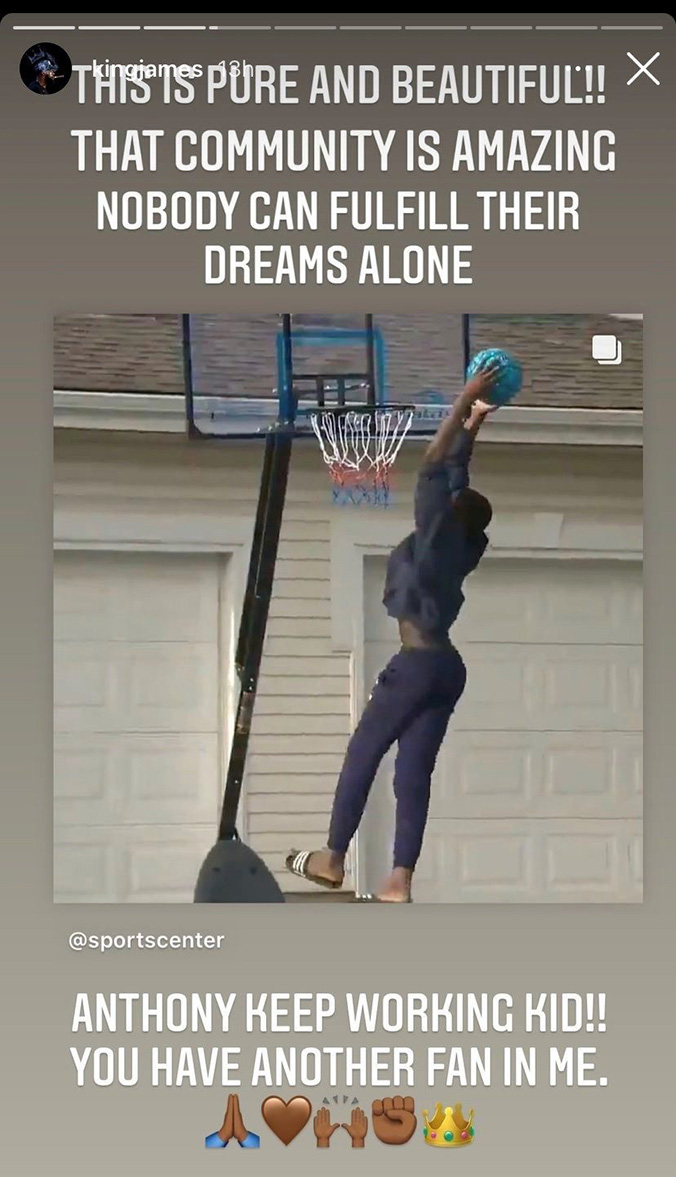 "It's a lot to take in," Anthony's mom Leticia Moubike said.

"My heart is full of joy. I'm overwhelmed… all I can say is thank you so much. Thank you north Edmonton, thank you Canadian Tire, thank you to Mr. Ray and his family."

The Moubike family only moved into the neighborhood last year, and Leticia said she's grateful for the sense of community.

"The messages I saw, the love, the support, I'm so proud to live in this community," Leticia said. "We saw LeBron James post earlier. I was speechless. I was shaking. I was in shock. I told my son, he was crying."