An Ohio family accidentally threw away $25,000 in cash.

Their local waste collection agency found the money and returned it. 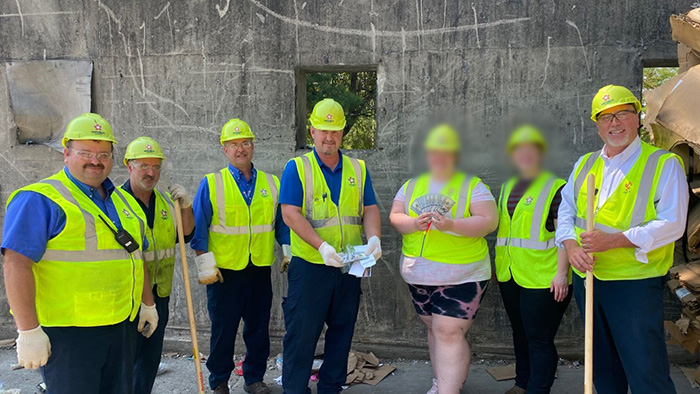 "Trucks coming in from every direction, Downtown Cleveland all the way to Vermilion, dumping garbage," said operations supervisor Gary Capan.

Last Wednesday, Capan said they got a frantic call from a customer saying she lost something important in the garbage.

"It turned out to be $25,000," said Capan. "They were cleaning out their house for their grandmother and they cleaned out the refrigerator, threw out all the garbage, grabbed all the freezer stuff and put it in a bag, and then the grandma was like, 'Hey, there's an envelope with $25,000 in there, don't lose that,' and she's like, "Grandma, I already lost that, it's in the garbage!"

Capan said they immediately got to work to find the missing money.

"One team was trying to track down the driver and find out exactly what his location was and if he made it to the landfill yet," said Capan.

Fortunately, the truck driver had not dropped his load at the landfill yet, so Capan and his team made arrangements to have the truck driver drop off his six-ton load at a recycling center in Oberlin.

As soon as it was dumped out, it was all hands on deck to find the cash.

Dan Schoewe was one of the 10 workers who jumped in to search for the money and was the lucky one who spotted the bag it was inside.

"Couldn't believe it took 10 minutes and actually, I said, 'Man, it looks just like that,' pulled it off, opened it up and there was the package inside with the money. They were so happy, they were tearing up," said Schoewe.