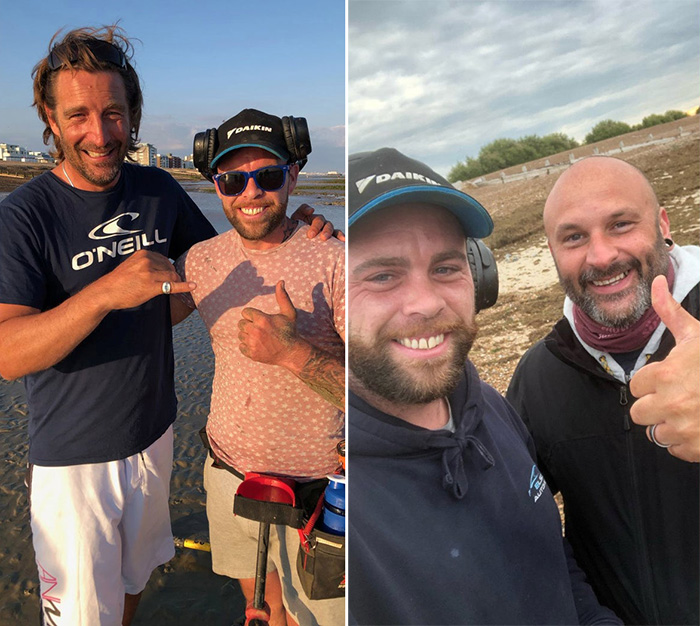 It was in that group where two men recently asked for help finding jewelry they had lost at a nearby beach.

Glen Darrell lost two rings -- his wedding ring and another ring made in memory of his late mother -- while kayaking. After Goldsmith saw Darrell's post, he reached out to offer help.

"When we met up, the first thing he said was 'You're not going to find them,' but I said 'You'd be surprised'," Goldsmith recalled.

"The boat had capsized and he said he had literally watched them float to the bottom, so he knew roughly where to look for them. I found it about five feet away from the place where he said he'd lost them. I literally put my metal detector on the ground and took a few steps when the signal got stronger."

Goldsmith then said he reached down into the sand and pulled the two rings out.

"I was really surprised that I found them and as soon as he saw them, he started crying," Goldsmith said. "I welled up myself because I felt so much joy for him." 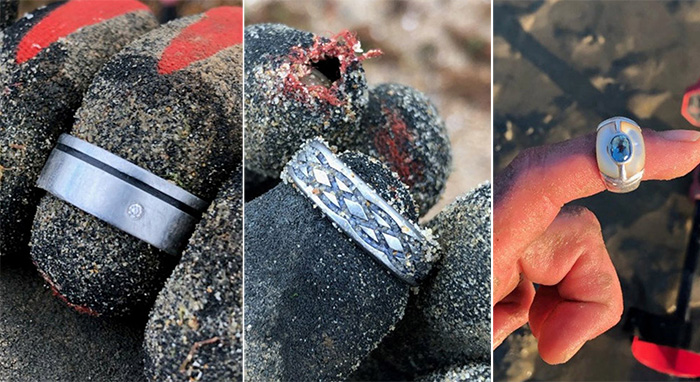 Two days later, Goldsmith helped Robin Hallett find his missing ring on the beach. According to SWNS, Hallett lost a ring made for his mother who passed away last year.

Just like Goldsmith's first rescue, he was able to find Hallett's lost ring within minutes.

"We all gridded out an area and then within 15 minutes I couldn't believe it, I found it," Goldsmith said. "He was well upset and chuffed with emotion, you could see he was about to cry straight away."

"I couldn't believe it. I was over the moon," Hallett said. "They were such nice, gracious people, who go out of their way to help people."