At 70, She Was Huffing And Puffing Up Stairs. Now, At 75, She's Inspiring Millions

"You can't turn back the clock but you can wind it up again!" 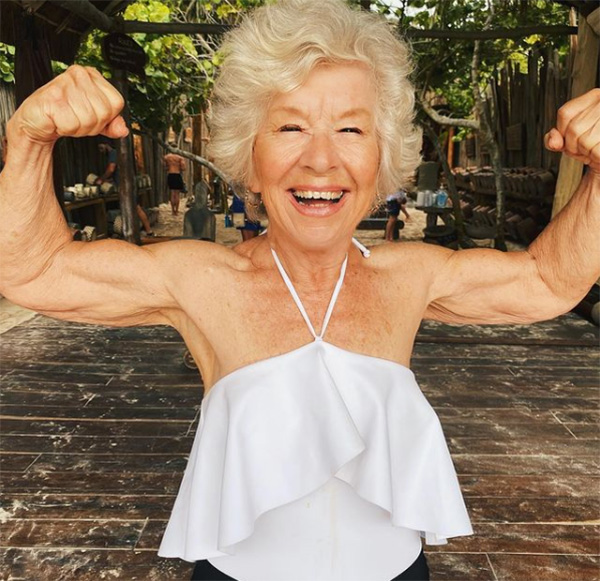 In 2017, MacDonald began her fitness journey. She was 70 years old, weighed nearly 200 lbs, and had rising blood pressure and kidney troubles. She was also on medication for cholesterol and acid reflux, and her doctor wanted to double the dose.

So, she decided to leave her home in Ontario and move to Mexico to join her daughter, Michelle, who works as a fitness coach.

MacDonald began with some daily cardio and would train on weights about 4 days a week. She also changed her diet.

"I started getting used to eating 5 balanced meals a day. A pre-workout meal, post-workout meal, and three other meals. Before, I had been eating 3 meals a day but wasn't aware of breaking meals up into protein, fat, and carbs."

Within nine months, she was off all medication.

"People need to know, especially women, that you are not finished at 40, definitely not finished at 50 or 60 or 70," she says. "You can go on and on until the day there is no more. And you should be able to do it with pizzazz."

But it's not just about eating better and exercising.

"Remember that it's not your body that got you out of shape, it was your mind. If you really want to make lasting changes, you'll have to tackle your mindset," she says.

MacDonald insists that the toughest battle is not a physical one. It's changing your beliefs about yourself.

"If you really want to change you're going to have to change who you think you are deep down inside," she says. "As long as you keep telling yourself you're a snacker you're going to continue to snack when you're stressed or bored. As long as you continue to tell yourself that you're a drinker then you'll eventually go back to a glass of wine at night or on the weekends with friends. As long as you keep telling yourself that you're too old, or too injured, or too overweight, you'll keep on going back to that story when you are faced with the inevitable challenges ahead of you. So changing your mindset/changing your identity, THIS is absolutely key to lasting transformation." 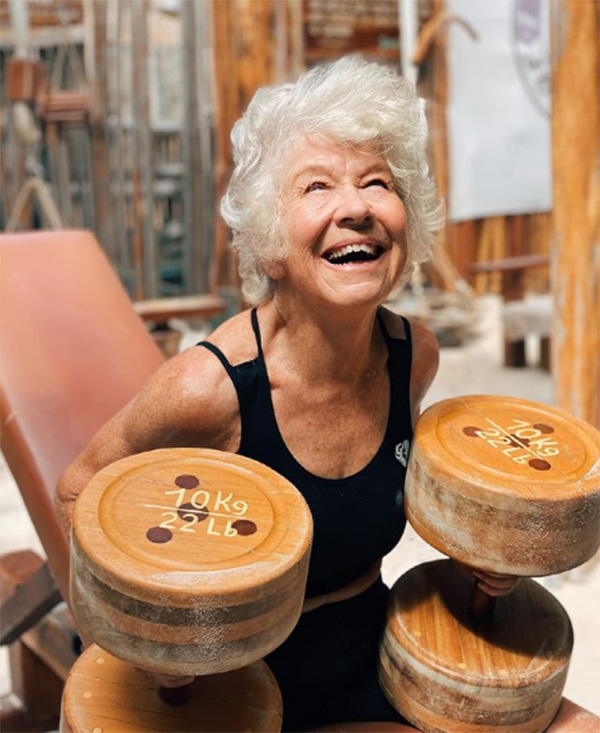 On Instagram, MacDonald posts photos of herself in sports tops, or jumping waves in beachwear.

She has 1.4 million followers and a partnership with the retailer, Women's Best.

MacDonald's fitness journey is inspiring both women and men to improve their quality of life -- and proving that it's never too late to be your best self.

"At 70 years old she was huffing and puffing just to get up a flight of stairs," MacDonald's daughter said. "Now, she is learning how to barbell squat and is hip-thrusting over 200 lbs."