Bull Still On The Loose In Long Island After Escaping Slaughter

A bull in Long Island had no interest in a trip to the slaughterhouse. He broke loose on Tuesday morning and is still on the run. 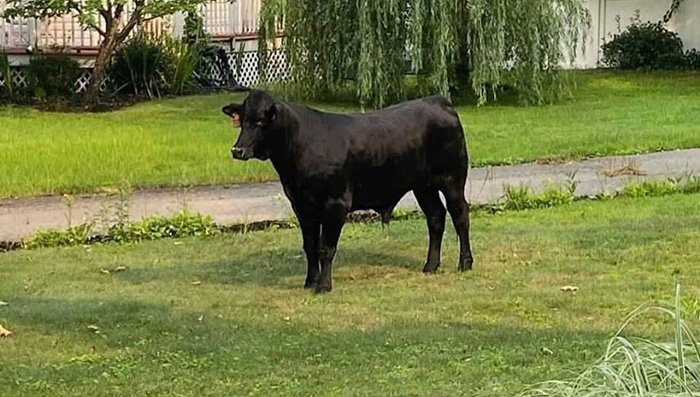 The first reports of the 1,500-pound bull busting loose through a farm fence came in about 8:20 a.m. Tuesday, with police warning the public that it was "running loose in Mastic and Shirley." As of 7:30 a.m. Wednesday police said the bull still hadn't been found and that there had been no sightings of him overnight.

Social media users and others in the area have been sharing sightings of the bull — including video of the animal running down a residential street — and expressed hopes for its safety.

ABC7 says the animal was meant "to be sacrificed as part of the Muslim holiday Eid al-Adha" when it got loose during a 50-person ceremony and ran free.

Tasbir Ahammed of East New York was at the ceremony, telling ABC7, "It just started chasing everybody."

Several groups and agencies are involved in the attempt to capture the animal.

"We're here on horseback with lassos, and we're just trying to get him before any accident, before any kind of damage is done to him or anybody else," Frank Floridia of Strong Island Animal Rescue told the Associated Press.

If the bull is located safely, it will likely be taken to an animal sanctuary in New Jersey, ABC7 reports.