A Golden Retriever named Chunk had been missing for more than two weeks when he was found swimming in the Barnegat Bay by New Jersey State Police Troopers. 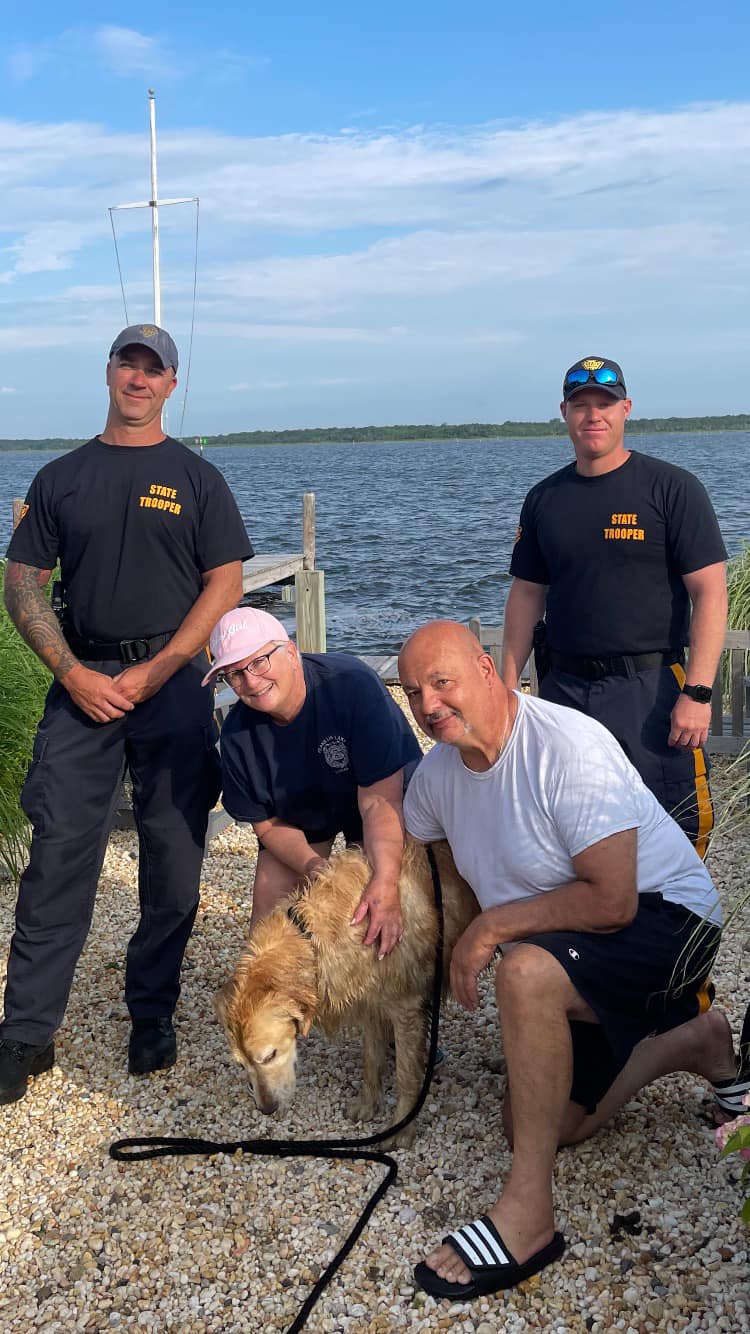 Troopers Ryan Koehler and Vincent Ferdinandi were preparing for their shift when they received a report of a dog swimming in the bay.

Koehler and Ferdinandi responded in a vessel and located Chunk, who was swimming in the area of the Mantoloking Bridge.

The troopers escorted the 3-year-old dog safely to shore.

"Needless to say he was ecstatic to be reunited with his grateful owners," NJ State Police said in a Facebook post.

Ferdinandi told PEOPLE that two joggers on the Mantoloking Bridge spotted Chunk on Tuesday, but when they tried to grab the dog, he jumped back in the water. Chunk then swam nearly two miles across the bay before police rescued him.

After the ordeal, owner Jim Zangara noted the canine had "lost 20 pounds."