A customer who ordered a couple of hot dogs at a New Hampshire restaurant left a whopping $16,000 tip. 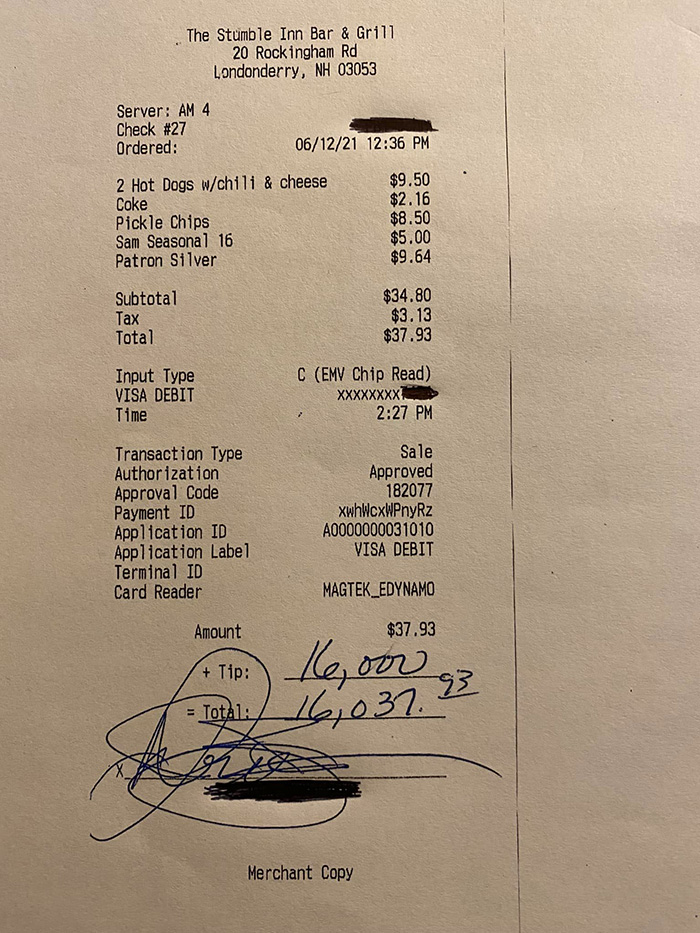 The generous tipper showed up at the Stumble Inn Bar and Grill in Londonderry, according to the restaurant's owner Michael Zarella.

"It was on the credit card statement, they put it down next to the register and he said three times, 'Don't spend it all in one place'," Zarella said. He said one staffer then flipped it over and looked, "and she's like, 'Oh my god, are you serious?' And he said, 'I want you to have it, you guys work hard'."

Zarella thought it was a mistake, but the bar manager talked to the customer, who said it wasn't. He also wished to remain anonymous.

Since there were no instructions provided by the diner, who has visited the Stumble Inn Bar and Grill a few times, the tip was split between the kitchen and bar staff.

"Everybody thought it might be a celebrity that was here, but it wasn't. It was just an 'average Joe'," Zarella said. "He gave the money and doesn't want any PR out of it… He doesn't want anything. I even tried to comp his meal last Saturday night and he said, 'No'."