A mother in Knoxville, TN, said she was feeling hopeless as she tried to calm down her autistic toddler when a stranger's act of kindness turned both of their days around. 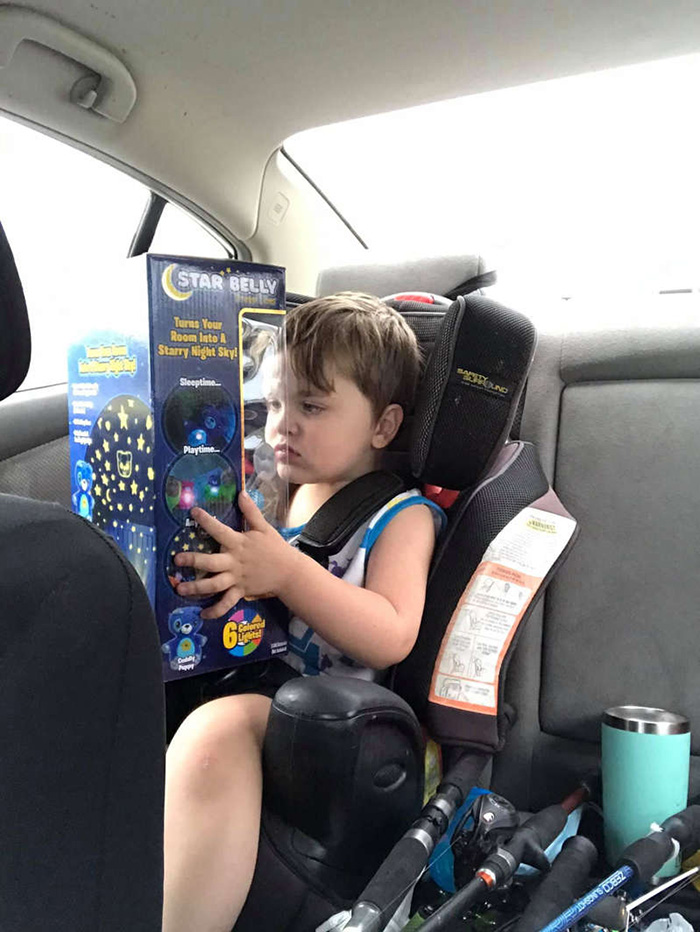 Ashley Fox was shopping at Walmart Sunday with her son Norris, 3, who is non-verbal and was diagnosed in January with autism. Norris picked out a stuffed puppy at the store, but rang up to cost more than Fox expected, so she put it back.

"That's when Norris just had a meltdown. I rushed out of Walmart as fast as I could, you know, obviously he was screaming and crying and I looked like I was, you know, kidnapping my own child like it was, it was it was bad," said Fox.

She said she was struggling to get Norris into his car seat when a woman approached her with the stuffed puppy her son had wanted in the store.

"The lady comes up behind me and she pulls this puppy out, and she says, 'is this what he was wanting?' and I said, 'oh my god yes it is,' and I hand it to him and he just calmed down, I'm able to buckle up. And it was, it was, it was great. I thanked her and I offered to pay for this puppy and she wouldn't let me she said that she understood that she has kids. I just really want her to know that, like, it made his night and made his day, like as you can see, he won't put it down. He's obsessed with it. He loves it. And I just think it was a really beautiful thing that she did," said Fox.

She posted on Facebook that Norris and the puppy are inseparable. Thousands of people have liked the post and hundreds have commented about the random act of kindness.

"I didn't expect, you know, when I made this post I did not expect it to grow up the way that it did, but you know I'm so glad because people, you know, they're just comforting and they love the story and I love that because this lady also like I just really hope she sees it, I just, I really want her to know just how wonderful she really was," said Fox.

"This woman, she didn't judge, you know she literally she just helped me. And I think that that is just a lesson learned, you know, for everybody because if more people were like that I feel like we have a lot less negativity."