A USPS mail carrier in Connecticut jumped into action when a public works employee hit the ground. 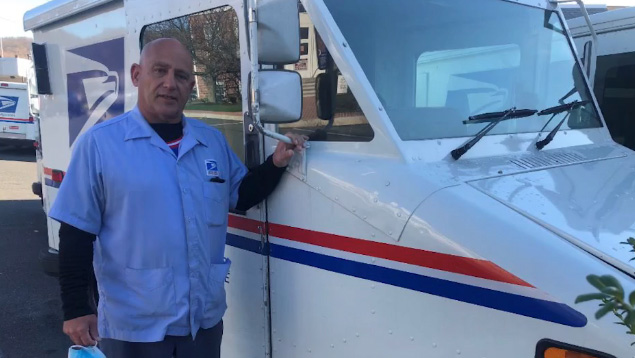 Edward Bomba was helping direct traffic while his crew was fixing a road on Walnut Street in Seymour when his heart shut down.

Edward was on the ground convulsing.

"I was blue, I was gone," Edward recalled.

Edward, who is a grandfather, was on a ventilator for three days, but is on his road to recovery.

He called Robert to thank him and told him "if it wasn't for you I wouldn't be here."

"To call him and say, 'Thank you' was like such an understatement because thank you isn't even enough," Lisa said. "I don't even think he realizes what he did. I mean he literally saved his life."