A Guy On Twitch Playing Guitar For Zero People Had His Stream Raided By Crypto People, Ends Up With Over $85,000

A Twitch streamer who was playing guitar to literally zero people had one of the craziest nights of his life after crypto fanatics randomly showed up to his chat. 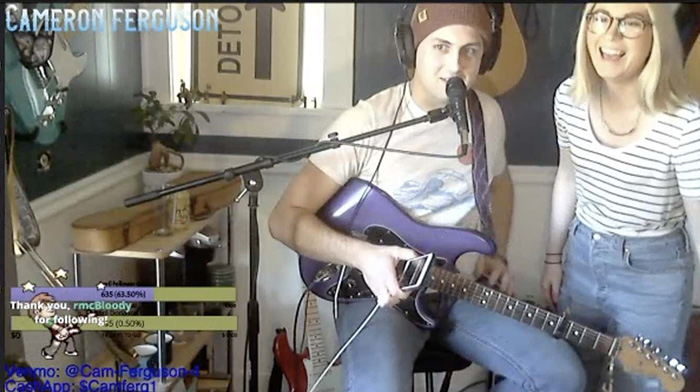 On April 15, Cameron Ferguson was playing his guitar on Twitch when a user named Cobie arrived unexepectantly.

It turns out Cobie hosts a show called Up Early and was searching for small streamers. He stumbled across Ferguson playing music and decided to "raid" him.

MAKE HIM INSTALL BLOCKFOLIO AND WE GIVE HIM $2000

Cobie instructed Ferguson to create a Twitter account, get on the cryptocurrency app Blockfolio and put his address in his bio so others could donate to him.

Then the money just started to roll in. A very grateful Ferguson confessed that he had "no idea what was going on".

After a marathon five-hour stream, Ferguson racked up over $85,000 in donations.

After the stream ended, Cameron posted his first-ever tweet thanking everyone for their support.

Thank u thank u THANK YOU! @UpOnlyTV and everyone who joined in for 1 of the craziest nights of my life. This being my first tweet ever, I sincerely hope this thank u reaches everyone who tuned in tonight. If I don’t get back 2 u, apologies, I’m overwhelmed. Thank you!