Rescuers Build 'GiRaft' To Save Giraffes From Sinking Island

All nine giraffes have been rescued from Longicharo island as rising waters threatened their home in Lake Baringo in Kenya. 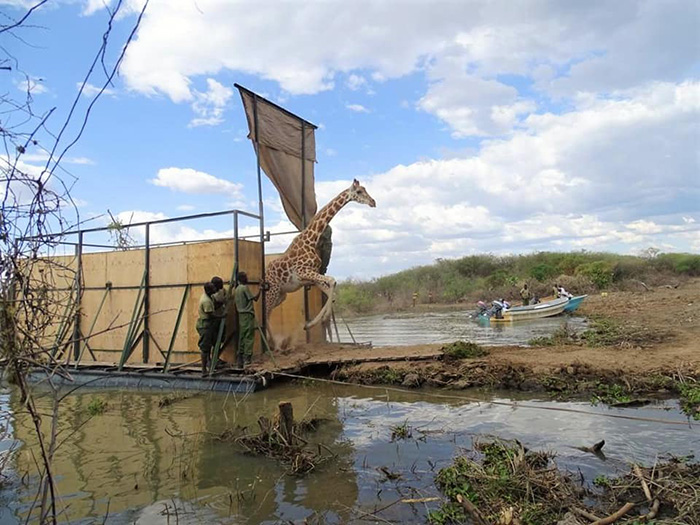 A months-long rescue operation in Kenya recently concluded after delivering the last two stranded giraffes to safety at the Ruko Community Wildlife Conservancy.

Save Giraffes Now partnered with Northern Rangelands Trust and local conservation agencies to transfer the Rothschild's giraffes, one of the most endangered populations of giraffe.

To get the giraffes from the sinking island to the mainland roughly one mile away, community members built a "giraft", a custom-made barge with tall sides, buoyed by 60 empty drums.

The giraffes were transferred one at a time. 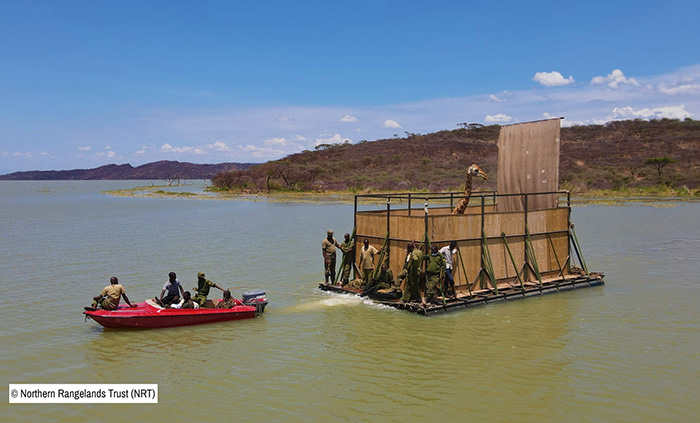 "Water levels in Lake Baringo have been rising for some time, but in 2020 the rate of rise increased – flooding lakeshore homes, businesses, and threatening the lives of a small group of Rothschild giraffes on Longicharo Island, in Ruko Conservancy," Northern Rangelands Trust said in a statement.

"At last, they can safely breed and bring back the population of the free-ranging Rothschild giraffes to their former home ranges in Baringo. Its such a relief for all involved to have gotten them safely across to the mainland and we are sure they're enjoying the space in their new home." 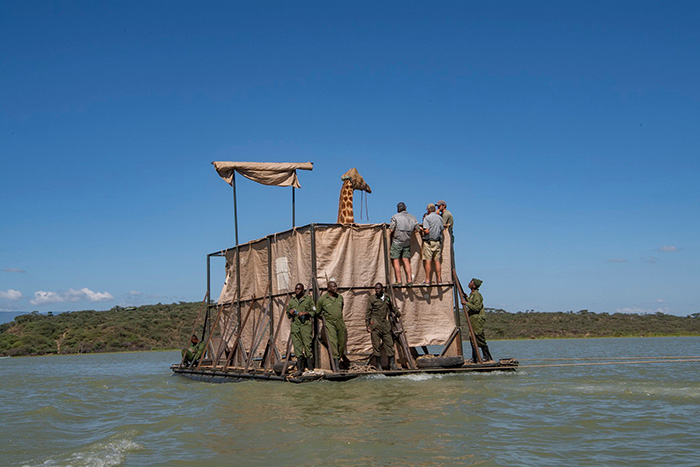 Ruko Community Conservancy is a 4,400 acre sanctuary located in the heart of the Rift Valley on the eastern shores of Lake Baringo. 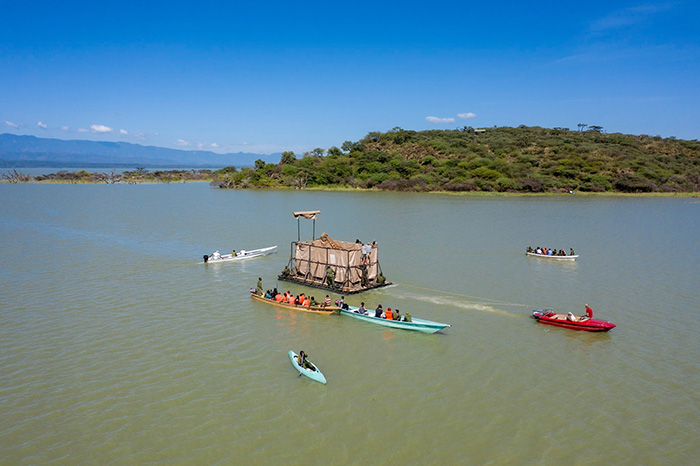 Rothschild's giraffes were once widespread across Kenya, Uganda and southern Sudan, but numbers have plummeted by 80%, leaving only 3,000 in the wild today.

But there is hope, sparked by innovative conservation teamwork such as this.

"Working with the communities in the area over the next several years, we will keep this combined group of giraffe safe, and as they breed and their numbers grow, they will repopulate the Eastern Rift over time, eventually rejoining their cousins in Uganda," Save Giraffes Now said in a statement.