Sue Perry was looking for a place on Facebook to give away some books, DVDs and an office chair — but ended up making new friends from across an ocean. 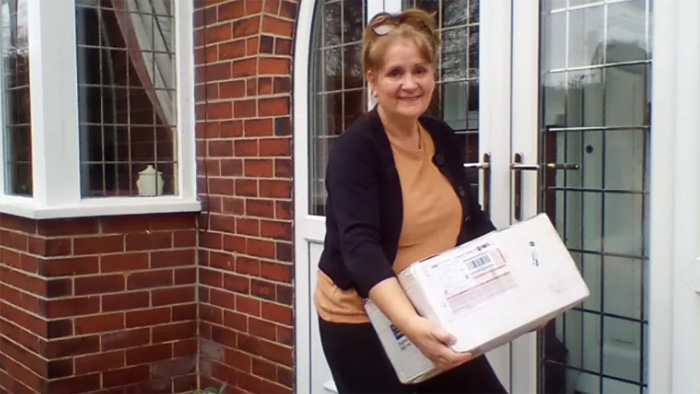 Sue lives in Wakefield, England, but she accidentally joined a Facebook group for the small town of Wakefield, Quebec.

"It was the skis and the ski boots and the warm clothing that sort of give it away, and also the place names I didn't recognize," Sue said in an interview with As It Happens.

"I put a post up then to say, sort of, 'Whoops, I'm sorry I've joined the wrong Wakefield group, I'm in the U.K. and hope you all stay safe across the pond'."

She thought that would be the end of it, but the Canadians wrote back.

"There were lots of people dropping in and chatting and asking how things were," she said. "Things were a little dark at that time ... so it was a lovely, lovely distraction."

After conversing with their new friend in England, the group members organized a care package filled with goodies including music CDs, T-shirts, and maple syrup.

On the package, a message read: "The spirit of love and kindness is alive and well in the heart of human kind." 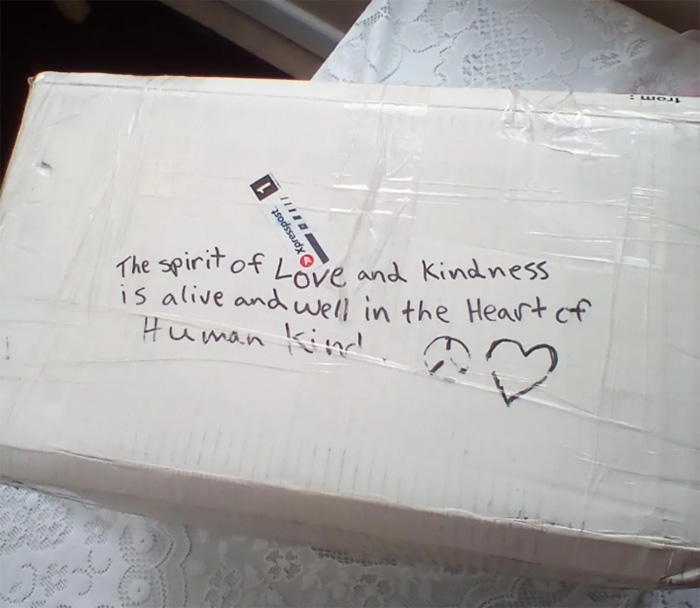 "There's about seven CDs of singer-songwriters, six or seven T-shirts, maple syrup," Sue said. "Lots of books written by local people. There's even colouring books of Wakefield. A little ceramic cup that someone has made. A dollar, a Canadian dollar. Some leatherwork."

Perry even got a 2021 copy of the annual Nudes of Wakefield Calendar.

"I remember someone said, 'We should send the nude calendar' and I thought that were a joke," she said, but the package proved otherwise.

The story of Sue's mix-up and new friends was featured in the Wakefield Express, a local newspaper in Wakefield, England.

Now the mayor of Wakefield, England, wants to send a return care package, and Sue plans to contribute.