A man protected dozens of houseboats from a large shipping container that was floating down the Hawkesbury River in the Australian floods.

Drone footage shows the blue shipping container on a destructive path towards the houseboats before a small aluminum boat about half its size drives towards it and guides it away. 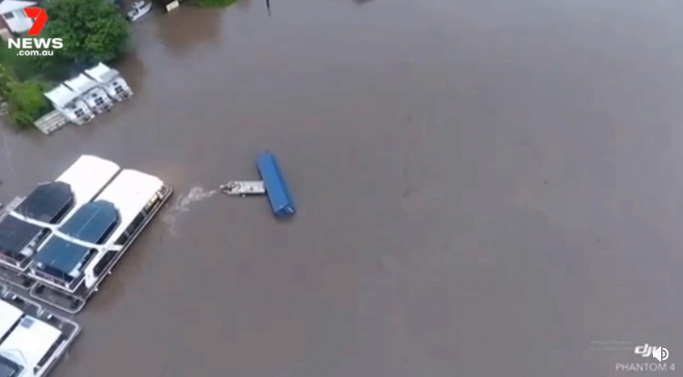 The destruction was narrowly averted after Hawkesbury Houseboats received a phone call from John Clarke, a resident of Wisemans Ferry, about the out-of-control container.

Clarke launched his drone to monitor the container's movements and captured footage of the fast-acting skipper bump into the container, then divert it away from a line of houseboats.

Clarke said if the container had collided with the houseboats the damage would have been severe.