WallStreetBets Users Donate Over $338,000 To Adopt Gorillas, And More

GameStop investors on the popular subreddit WallStreetBets have raised over $338,000 for the Dian Fossey Gorilla Fund in less than a week. 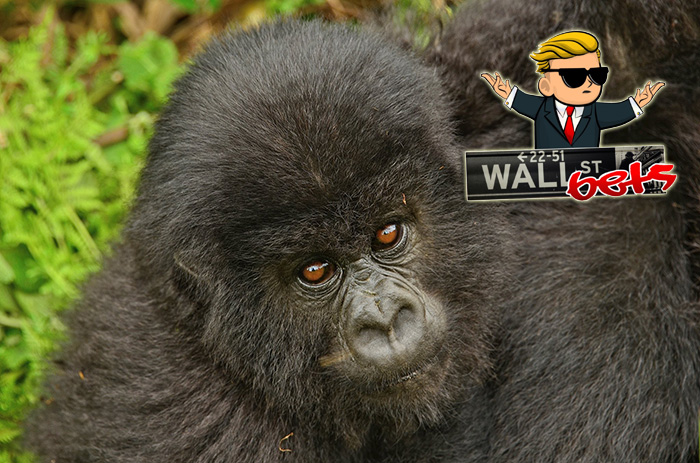 Members of WallStreetBets call themselves apes, which is what inspired user Pakistani_in_MURICA to adopt a gorilla through the Dian Fossey Gorilla Fund, the world's largest and longest running organization fully dedicated to gorilla conservation.

He posted a photo of the adoption confirmation which inspired other WallStreetBets members to follow suit. 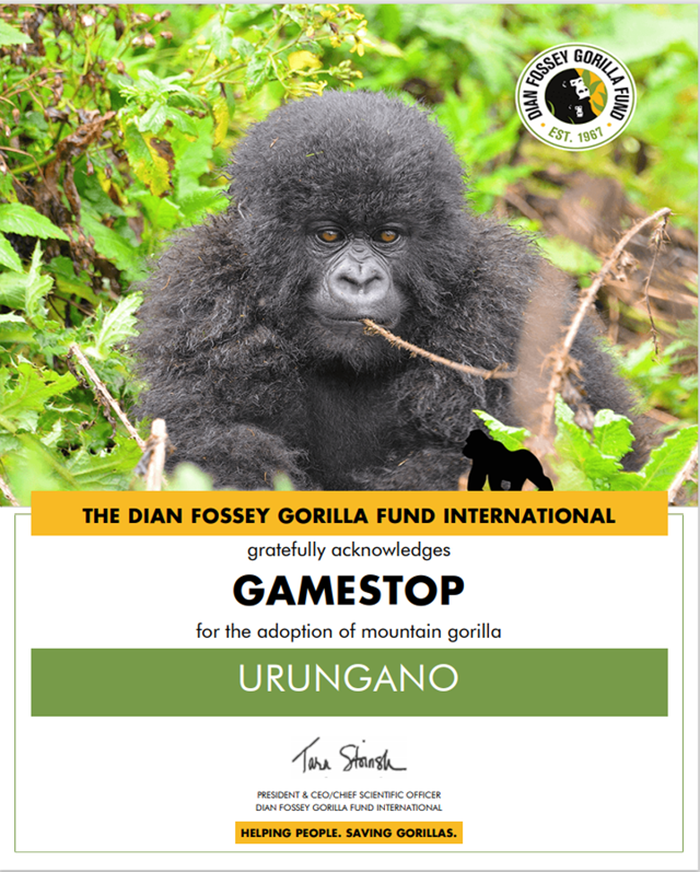 On Monday, the Fossey Fund posted a series of tweets highlighting and thanking the Reddit community for their fundraising efforts.

"On Saturday, a friend alerted us that a member of @Official_WSB subreddit had posted a symbolic adoption of our infant gorilla #Urungano, a reference to the #WSB motto: #apestogetherstrong. It caught on," they wrote.

"Adoption after adoption followed. Today, we have new numbers to share. Thanks to #WallStreetBets , we've received more than 2000 new adoptions totaling over $265k. JUST SINCE SATURDAY. And it's still coming." 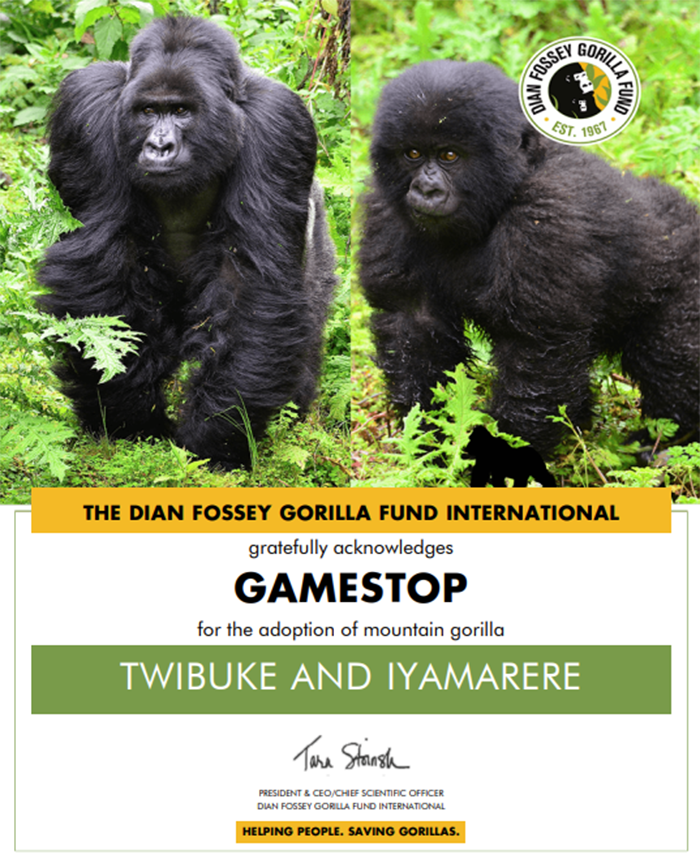 But the apes over at WallStreetBets didn't limit their generosity to saving gorillas. 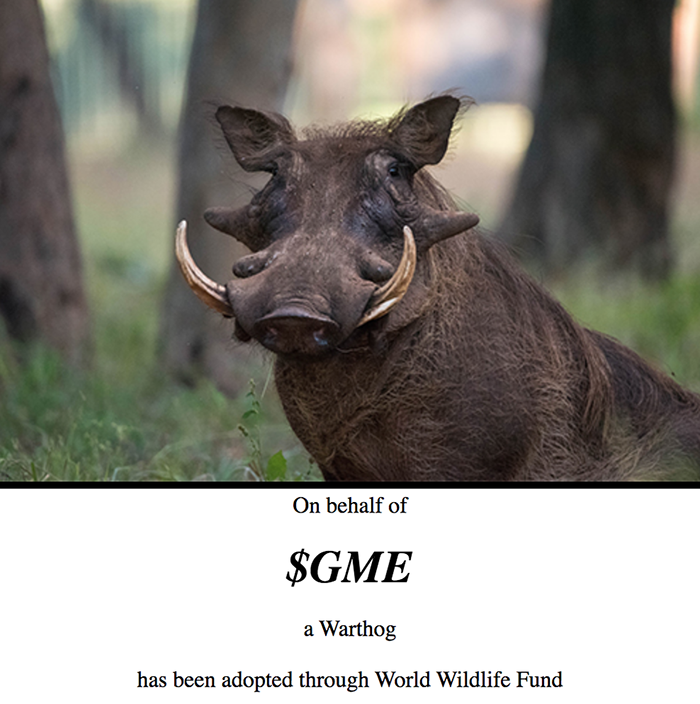 For days, the entire forum was filled with animal adoption letters instead of the usual memes and investment discussions. 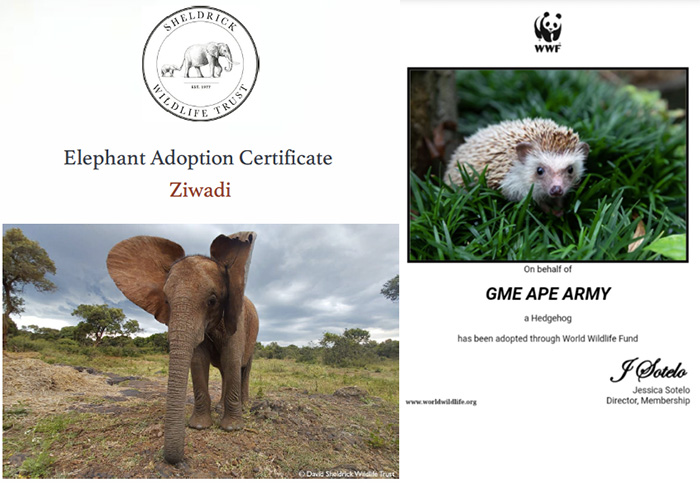 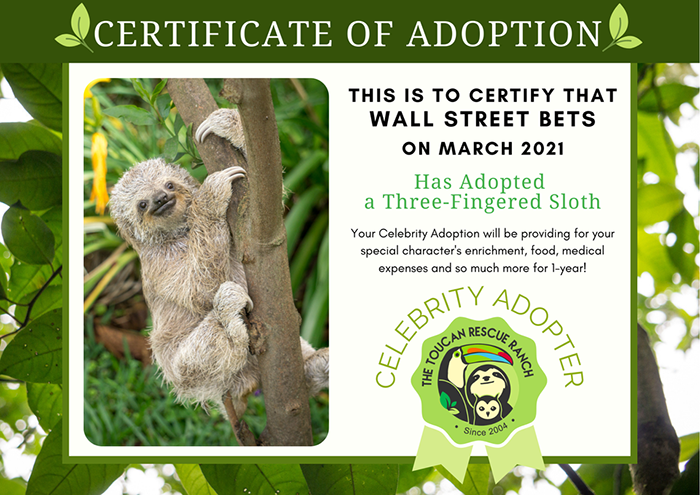 "$77k raised in one day... the potential of this sub is unbelievable," member Debber10 wrote.

"Apes supporting apes. This is the way," another user commented.

WallStreetBets, which has over 9 million members, has proven that retail investors will do a lot of good in the world with their earnings in the market.

"Apes on Reddit will use (gains) to donate to good causes, pay medical bills, help the needy in their communities," one user said. "I can't wait for wealth to be given back to the little guy and have everyone benefit from it."

"Lol if GME hits 10k Gorillas are coming off the endangered list for sure," another user said.